The victim was identified by authorities as William Chavis Raynard Miller Jr.

After an extended search, a suspect was taken into custody “without incident,” the Forsyth County Sheriff’s Office said on Twitter about six hours after the shooting, which was reported around noon. No further information was immediately available, though authorities had said earlier they believed the suspect was also a student.

“We have a mother and family who will not be able to hug their child tonight,” Winston-Salem Police Chief Catrina Thompson said at a news conference. 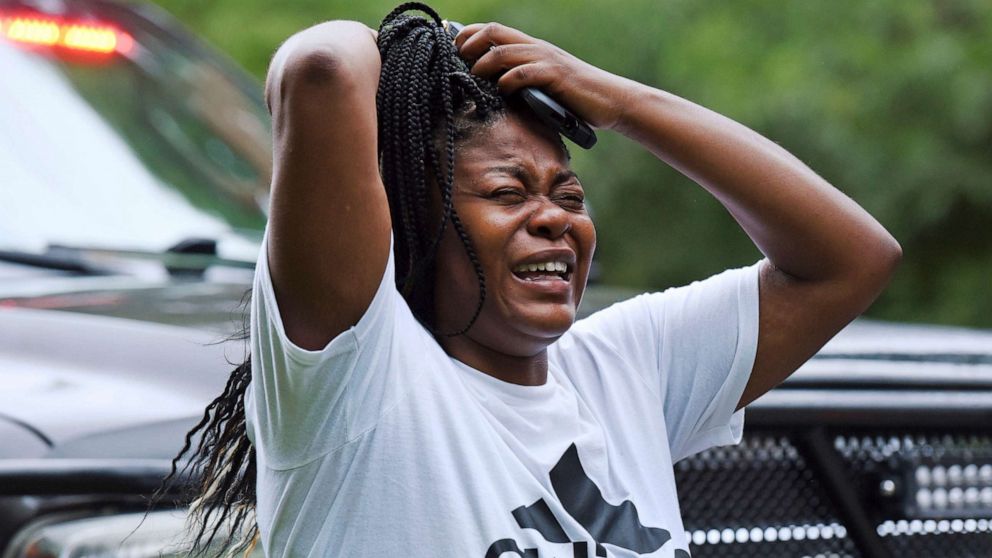 Walt Unks/The Winston-Salem Journal via AP
A woman screams as she arrives at Mount Tabor High School in Winston-Salem, N.C. 30 minutes ater the call of shots fired at the school, September 1, 2021.

No one else was shot, authorities said, but some students suffered trauma-related health problems, including one student who had a seizure.

The school was locked down immediately after the shooting, police said. Once the campus was secured, students were sent to a local grocery store to be reunited with their parents, the Forsyth County Sheriff’s Office said.

There is no known threat to the school at this time, police said.

Agents from the FBI and the Bureau of Alcohol, Tobacco, Firearms and Explosives responded to the scene.

North Carolina Gov. Roy Cooper noted in a tweet that this was the second school shooting in the state this week. A 15-year-old was injured in a shooting at New Hanover High School in Wilmington on Monday.

“Our prayers are with the victims, their families and all the students of Mt. Tabor High School in Winston-Salem,” Cooper tweeted. “We must work to ensure the safety of students and educators, quickly apprehend the shooter and keep guns off school grounds.”