Fact Check: Psaki is wrong about the rich not passing taxes on to the middle class.

If the U.S. puts a wealth tax in place, there are a few potentially appealing aspects — especially for middle-class Americans.

Over the last few decades, middle-class incomes, after taxes and benefits, have grown half as fast as those of the rich, according to an analysis from the Congressional Budget Office. Some wealth tax proposals don’t just increase taxes on the wealthy but reduce the middle class’s tax burden.

For example, Richard V. Reeves and Isabel V. Sawhill, senior fellows of economic studies at the Brookings Institution’s Center on Children and Families, recommend eliminating income taxes for most middle-class households by raising the standard deduction to $100,000. Such a change would relieve much of the tax burden placed on middle-class families. According to Money Crashers.

Fact Check: According to the Committee for a Responsible Federal Budget:

Why is Congress debating this now?

The debt ceiling is temporarily suspended through July 31, 2021, under the Bipartisan Budget Act of 2019.

Once the debt ceiling is reinstated, it will be raised to the current debt level – around $28.5 trillion – meaning the U.S. government will not be able to issue any new debt.

Because government spending is projected to significantly exceed revenues this year and beyond, the government will not be able to avoid further increasing the debt ceiling. However, through the use of so-called “extraordinary measures,” the government can shift funds around and continue to pay its obligations on a temporary basis.

In a recent letter to Congressional leadership, Treasury Secretary Janet Yellen estimated that Treasury’s extraordinary measures will last through Congress’s August recess – likely until mid-to-late September – with cash and extraordinary measures decreasing by about $150 billion on October 1 due to large mandatory payments. CBO estimates that extraordinary measures will be exhausted sometime in the first quarter of the next fiscal year (beginning October 1), in October or November. After this “X date,” the U.S. would only be able to pay obligations with incoming receipts, forcing the Treasury to delay and/or miss many payments. A formal debt limit increase or suspension will be necessary to avoid default.

What are extraordinary measures?

When the debt limit is reached, the Treasury Department uses a variety of accounting maneuvers, known as extraordinary measures, to avoid defaulting on the government’s obligations. For example, the Treasury has prematurely redeemed Treasury bonds held in federal employee retirement savings accounts (and replaced them later with interest), halted contributions to certain government pension funds, suspended state and local government series securities, and borrowed from money set aside to manage exchange rate fluctuations. The Treasury Department first used these measures in 1985, and they have been used on at least 15 occasions since then.

How does a shutdown differ from a default?

A shutdown occurs when Congress fails to pass appropriations bills that allow agencies to obligate new spending. As a result, the government temporarily stops paying employees and contractors who perform government services (see Q&A: Everything You Should Know About Government Shutdowns). However, many more parties are not paid in a default. A default occurs when the Treasury does not have enough cash available to pay for obligations that have already been made. In the debt ceiling context, a default would be precipitated by the government exceeding the statutory debt limit and being unable to pay all of its obligations to its citizens and creditors. Without enough money to pay its bills, any of the payments are at risk, including all government spending, mandatory payments, interest on our debt, and payments to U.S. bondholders. While a government shutdown would be disruptive, a government default could be disastrous. 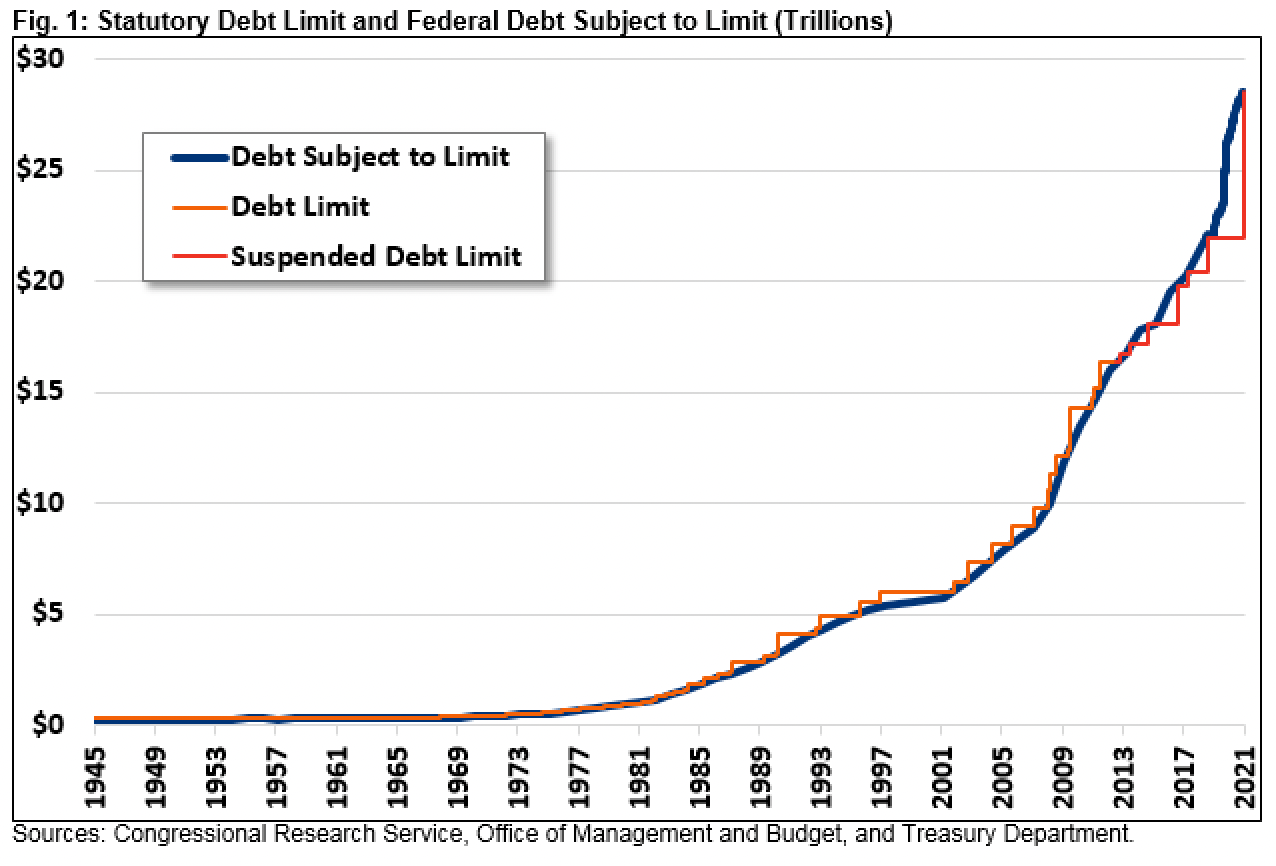