Soskin, who worked at the Rosie the Riveter/WWII Home Front national historical park in Richmond, California, spent her last day as she had for the last decade and a half: sharing her experiences and those of other women who worked on the home front in the second world war.

Soskin was a file clerk in a segregated Union hall in the San Francisco Bay area during the conflict, and during her time as a ranger, Soskin sought to shed light on the experiences of women of color during the second world war.

Her efforts at the park – and her 100th birthday last fall – have captivated the public and received coverage from numerous media outlets, including a profile in the New York Times and a portrait taken by Annie Leibovitz. Soskin came into the national spotlight during the 2013 federal government shutdown when she participated in multiple interviews urging lawmakers to act so she could return to work. In 2015, she took part in a tree lighting ceremony at the Obama White House.

“To be a part of helping to mark the place where that dramatic trajectory of my own life, combined with others of my generation, will influence the future by the footprints we’ve left behind has been incredible,” Soskin said in a statement from the NPS announcing her retirement.

Soskin was involved with the park since it opened, she told the Guardian in 2015, and was the only person of color in early meetings that shaped the site’s identity. The park, 18 miles (29 km) north of San Francisco, is in the same city where workers produced hundreds of ships during the war.

She started with the parks service at age 84 after working with the agency on a grant to reveal “untold stories” of Black people’s efforts in the US during the second world war, and became a permanent employee in 2011. 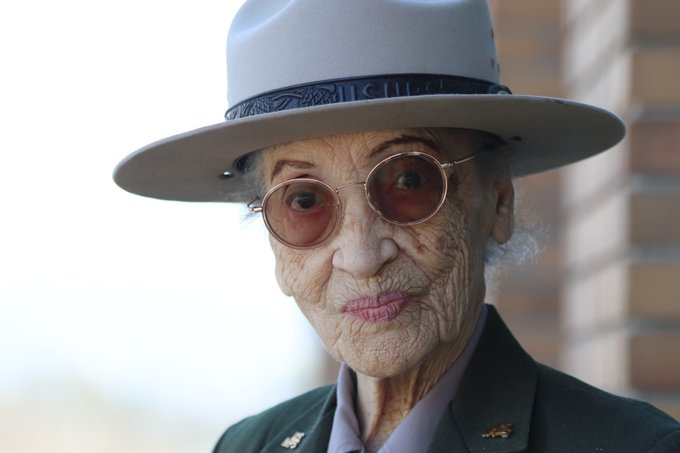 “Being a primary source in the sharing of that history – my history – and giving shape to a new national park has been exciting and fulfilling,” she said. “It has proven to bring meaning to my final years.”

Soskin’s work brought attention to the unique contributions women of color during the second world war.

“As a woman of color, my history with the park is a bit different. My experience was not as a Rosie the Riveter; that tended to be a white woman’s story. Black women had been working outside their homes ever since slavery,” she said in 2015.

Her stories made a profound impact on the parks service, the NPS director Chuck Sams said.

“Betty’s efforts remind us that we must seek out and give space for all perspectives so that we can tell a more full and inclusive history of our nation,” said Sams in a statement.

The park plans to hold a celebration of her retirement later this month.