KYIV/LVIV, Ukraine, (April 14)- Russia said its lead warship in the Black Sea sank on Thursday after an explosion and fire that Ukraine claimed was caused by a missile strike, dealing a blow to Moscow as it readied for new attacks that were likely to determine the conflict’s outcome.

The Moskva, Russia’s flagship in its Black Sea fleet, sank as it was being towed to port in stormy weather, Russian news agencies quoted the defense ministry as saying.

Russia said earlier that over 500 crew aboard the Soviet-era missile cruiser were evacuated after ammunition on board exploded. Ukraine said it hit the warship with a Ukrainian-made Neptune anti-ship missile.

Russia, which has not acknowledged an attack, said the incident is under investigation. Reuters was unable to verify any of the statements, including whether the ship had sunk.

“While the cruiser ‘Moskva’ was being towed to the destination port, the ship lost stability due to damage to the hull from the fire,” the defense ministry said.

“In the stormy sea conditions, the ship sank,” it said.

The incident came as Russia’s navy continues its bombardment of Ukrainian cities on the Black Sea nearly 50 days after it launched the invasion. Residents of Odesa and Mariupol, on the adjacent Azov Sea, have been bracing for new Russian attacks.

The United States said it did not have enough information to determine whether the Moskva was hit by a missile.

Russian forces have pulled back from some northern parts of Ukraine after suffering heavy losses and failing to take the capital Kyiv. Ukraine and its Western allies say Moscow is redeploying for a new offensive in the eastern Donbas region.

Russia launched its assault in part to dissuade Ukraine from joining NATO. But the invasion has pushed Finland, which shares a long border with Russia, and nearby Sweden to consider joining the U.S.-led military alliance.

Moscow warned NATO on Thursday that if Sweden and Finland join, Russia would deploy nuclear weapons and hypersonic missiles in a Russian enclave on the Baltic Sea, in the heart of Europe.

Commenting on Russia’s military setbacks, CIA Director Williams Burns said the threat of Russia potentially using nuclear weapons in Ukraine cannot be taken lightly, but that the agency has not seen much practical evidence reinforcing that concern.

Russia’s navy has fired cruise missiles into Ukraine and its Black Sea activities are crucial to supporting land operations in the South and East, where it is battling to seize full control of the port of Mariupol, its main target in the Donbas. 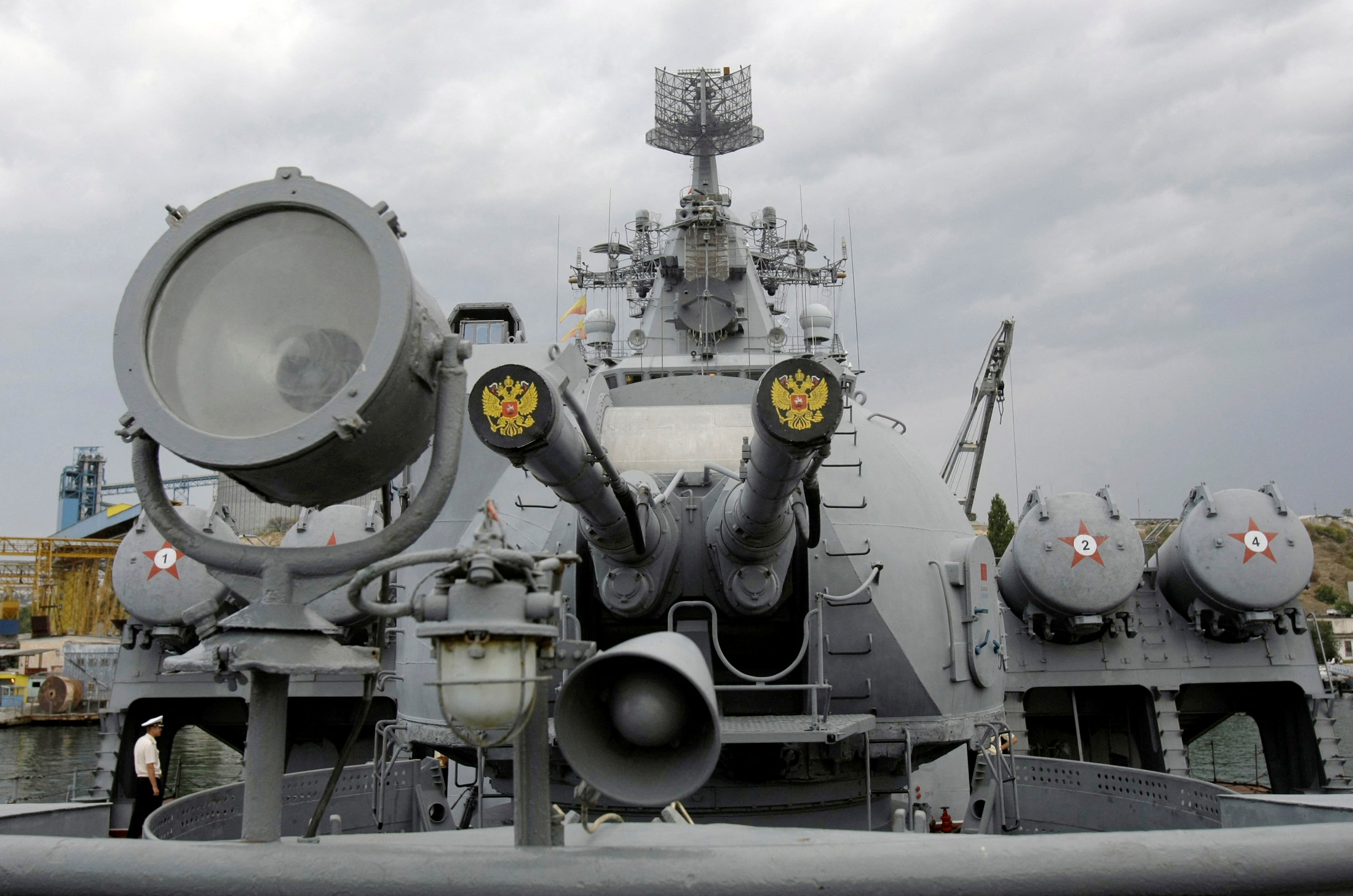 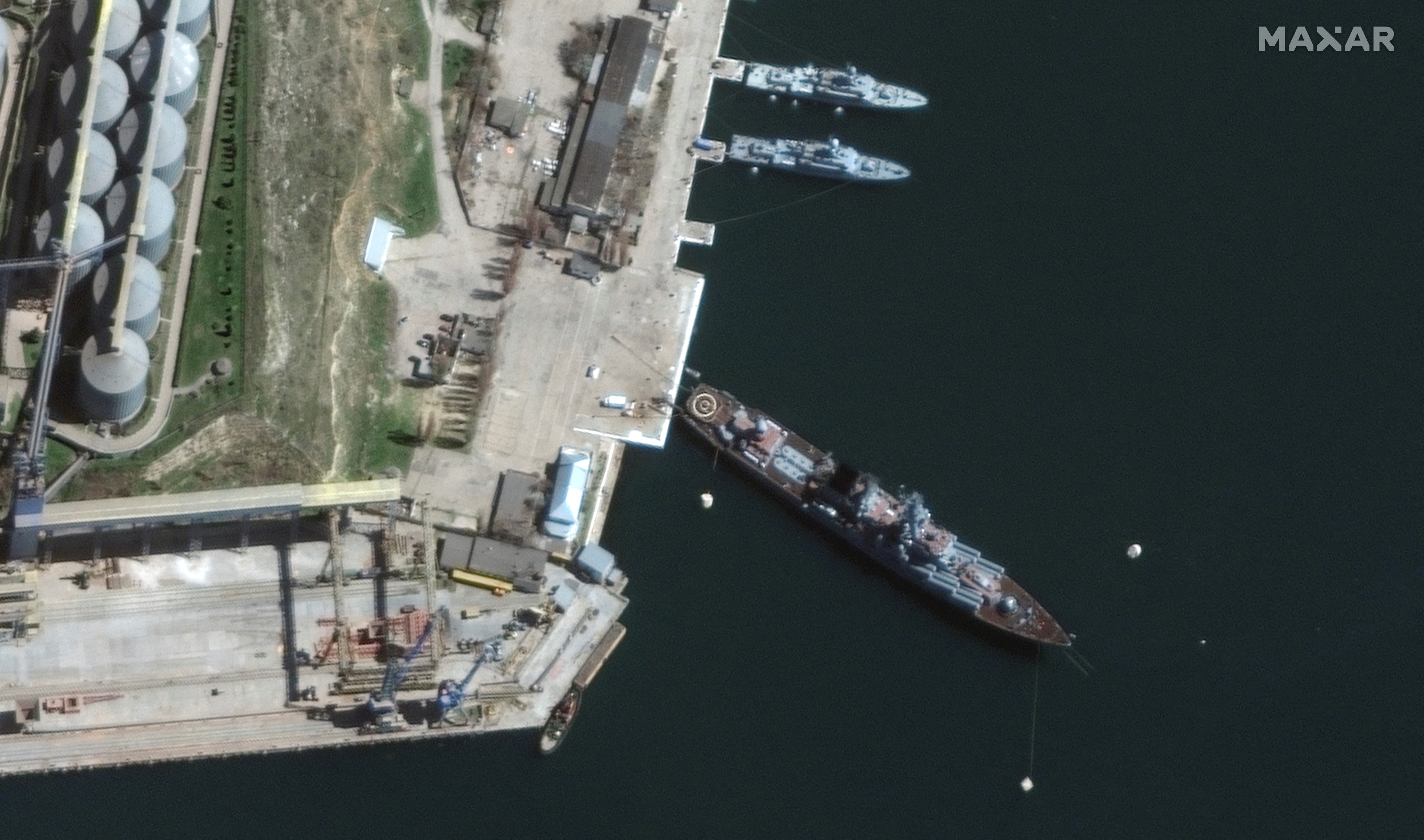 Russia said on Wednesday more than 1,000 Ukrainian marines from one of the units still holding out in Mariupol had surrendered. Ukrainian officials did not comment.

If taken, Mariupol would be the first major city to fall to Russian forces since they invaded, allowing Moscow to reinforce a land corridor between separatist-held eastern Donbas areas and the Crimea region it seized and annexed in 2014.

Ukraine said thousands of people were believed to have been killed in Mariupol, where efforts were under way to evacuate civilians. On Thursday, Russia’s defence ministry said 815 people had been evacuated from the city over the past 24 hours. Ukraine said that figure was 289.

Ukrainian officials have long warned that Russia was massing troops for assaults in the East, including on Kharkiv, Ukraine’s second-largest city.

Moldova separately accused Russia’s army of trying to recruit Moldovans. Moscow’s foreign ministry did not respond to a request for comment. Authorities in Transdniestria, bordering southern Ukraine, denied Russia was preparing forces there.

Maylar said that shelling in Kharkiv had killed four civilians, with missile strikes there and in the Donetsk and Zaporizhzhia regions in the South. Donetsk Governor Pavlo Kyrylenko said three civilians were killed in the region.

Russia said Ukraine had carried out a helicopter attack on the Russian Bryansk region, the latest of several cross-border attacks that Moscow has said may trigger a retaliatory strike on Kyiv.

Seven people were injured in the Bryansk attack, which hit residential buildings, Russian officials said. Another Russian region, Belgorod, said a village there was attacked but that no one was wounded. Neither side’s statements could be verified. Ukraine’s military did not reply to requests for comment.

Moscow’s incursion, the biggest attack on a European state since 1945, has seen more than 4.6 million people flee abroad, killed or wounded thousands and raised fears of conflict between Russia and the United States, the world’s top nuclear powers.

Andriy Nyebytov, head of the Kyiv region police, said more than 800 bodies had been found in three districts which had been occupied by Russian forces.

“We are finding terrible things: buried and hidden bodies of people who were tortured and shot, and who died as a result of mortar and artillery fire,” Nyebytov said in televised comments. His statements could not immediately be verified.

Russia has denied attacking civilians and said some reports have been staged for propaganda purposes.