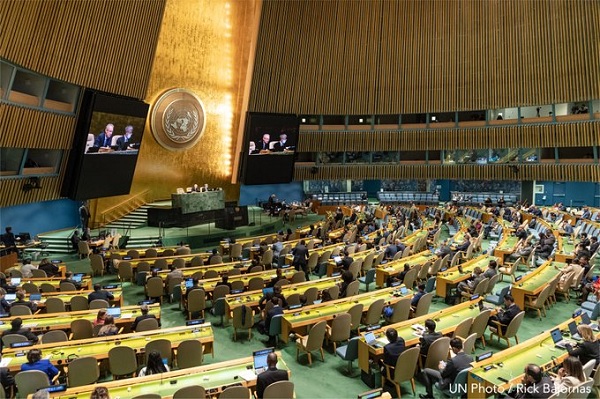 WASHINGTON, DC–October 12, 2022–“Today’s remarkable vote at the United Nations General Assembly is a powerful reminder that the overwhelming majority of nations stand with Ukraine, in defense of the UN Charter, and in resolute opposition to Russia’s ongoing war against Ukraine and its people,” said Antony J. Blinken, Secretary of State in a released statement.

“Territorial integrity is a central pillar of the United Nations, and Russia’s violent contempt for Ukraine’s national borders and sovereignty cannot and will not be accepted.  By adopting this resolution, the assembled nations made clear: they will not tolerate an attempt by any UN Member State to seize land by force.  The vote delivers a resounding rebuke to Russia for its aggression against Ukraine.”

“The United States is proud to have voted in favor of this resolution.  As we have stated repeatedly, we will defend the principles of the UN charter and will never recognize the legitimacy of sham referenda or Russia’s attempts to annex portions of Ukraine.”

“With very few nations voting with Russia today, it is clear that international unity on this question is resolute and support for Ukraine at the UN and beyond is unwavering.  The United States will continue to work with partners across the globe to support Ukraine’s people in defending their nation in its entirety against Russia’s aggression.”

The United Nations General Assembly has overwhelmingly condemned Russia’s “attempted illegal annexation” of four occupied regions in Ukraine and called on all countries not to recognize the move, reinforcing a diplomatic international isolation of Moscow since it invaded its neighbor.

Three-quarters of the 193-member General Assembly – 143 countries – voted in favor of a resolution that also reaffirmed the sovereignty, independence, unity and territorial integrity of Ukraine within its internationally recognized borders.

Source: US State Department Press Release and France 24 contributed to the article. 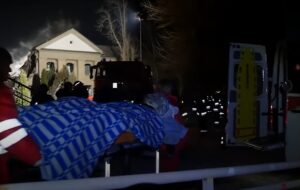 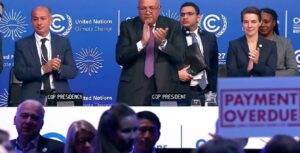