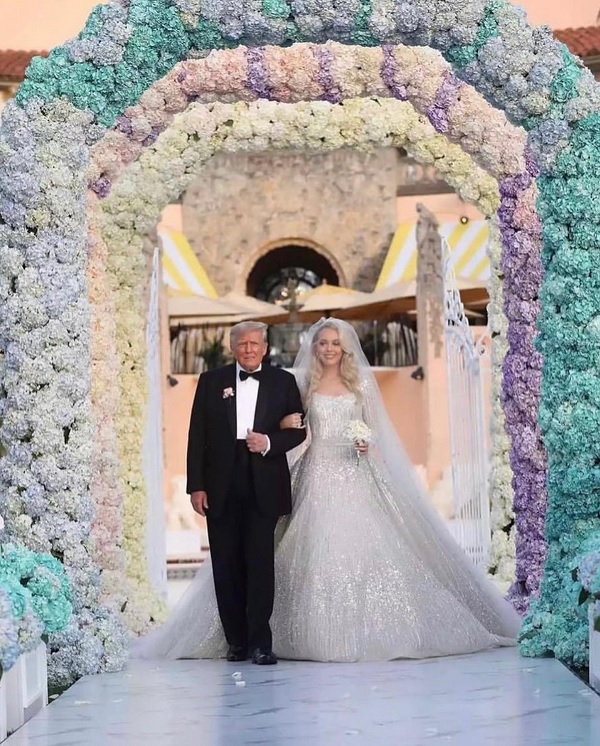 Toni Breiss, a Lebanese wedding and event planner known for his over-the-top productions, was brought on to realize the couple’s dream wedding.

Trump, 29, was escorted down the aisle before 250 guests by her father, the former president. The bride wore a custom dress designed by Elie Saab.

Trump chose the Grecian goddess-inspired gown by the Lebanese designer as a nod to Boulos’ heritage and thought it fitting for their American-Lebanese wedding, Tiffany Trump said via Watts.

Boulos, whom Vanity Fair described as her “billionaire heir boyfriend,” was born in Lebanon and is the 25-year-old heir to Boulos Enterprises, a Nigerian distribution and assembly company for vehicles including motorcycles and power bikes, run by his father, Massad Boulos.

The couple started dating in 2018, according to Town and Country, and announced their engagement on Instagram in January 2021, on the final full day of Donald Trump’s presidency. Tiffany Trump graduated from Georgetown University Law Center in 2020.

Maples, 59, of Miami, was married to Donald Trump from 1993 to 1999. Tiffany Trump, the couple’s only child, has managed to keep a lower public profile than Trump’s other children. She is the only adult child of Trump not to be sued by the New York attorney general, Letitia James.

Despite few public appearances with her father during his term as president, she is reportedly close to her siblings, including her half sister Ivanka Trump, with whom she was photographed last weekend at her bridal shower held at a private estate in Jupiter, Florida, and on Friday at a rehearsal dinner at Mar-a-Lago. Lara Trump, who is married to Trump’s son Eric, and Kimberly Guilfoyle, who is engaged to Trump’s other adult son, Donald Jr., also attended the shower. Eric and Lara Trump were married at Mar-a-Lago in 2014.

Tiffany Trump wore a white lace dress with cutouts at the waist and puff-sleeve shoulders designed by Oscar Lopez to the shower. Boulos’ mother, Sarah Fadoul Boulos, was also in attendance.

The identities of guests who attended the wedding were kept confidential, but days before the event, a friend of Tiffany Trump’s who asked not to be identified said in an email that Gaia Matisse, the daughter of artists Sophie Matisse and Alain Jacquet, Karen Shiboleth, a socialite, and Peter Brant Jr., a socialite and model, were invited and expected to attend.

On Friday, Maples, who helped plan her daughter’s wedding, shared moments of Trump’s life in an Instagram post: “Tiffany Ariana: Once I held you in my arms. Now as I watch you move forward with love, know you’ll always be my baby, now and beyond your wedding day. Love, Mom.”

In a text sent through her representative, Maples wrote, “This is such a special opportunity for family and close friends to celebrate Tiffany and Michael’s divine union with so much love, joy and unity.”

Days before the wedding, Mar-a-Lago and its surrounding coastal residential areas were under mandatory evacuation orders because of the hurricane.

Former First Daughter Ivanka Trump said on Twitter “Wishing Tiffany A. Trump and Michael an abundance of happiness and joy as they begin their lives together as husband and wife! May their love be a source of light in this world!” 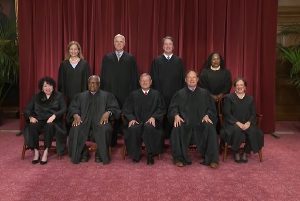 November 22, 2022
DOJ To Ask Court To Void The Mar-A-Lago’s Special Master, DOJ Appointed A Special Counsel Of It’s Own