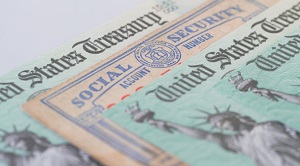 WASHINGTON, D.C.—The U.S. Postal Service (USPS) has been under fire for reorganizing during the 2020 November Presidential election.  The USPS has decided not to implement the president’s payroll deferral,  which went into effect for much of the military and civilian federal workforce last week.

“This would not constitute a forgiveness of the tax but merely a deferral. Employees would still be required to repay the deferred taxes between January and April next year. These deferred payments would be in addition to next year’s taxes,’ said the USPS in a released statement.

“USPS has reviewed guidance issued by the IRS and the Office of Management and Budget addressing this issue,” the agency said Tuesday in an announcement to employees. “After thoroughly considering the impact on both employees and the organization, the Postal Service has elected not to implement the optional deferral.”

USPS handles payroll for its own employees; it doesn’t use one of four major federal providers.

The major federal payroll providers began deferring Social Security taxes from employees’ and servicemembers’ paychecks last week. Employees and military members whose basic, taxable income is $4,000 or less during a biweekly pay period are eligible for the deferral.