LOUISVILLE, KY—Larynzo Johnson, 26, allegedly accused of shooting two policemen in Louisville, Kentucky amid racial justice protests has been ordered to be held in jail on $1 Million dollar bail.

Johnson, shot two Louisville Police officers within hours after it was announced  that the three officers involved in the drug raid–was not indicted by the grand jury on murder charges involving the death of  Breonna Taylor’s who was fatally shot to death during a police raid.

The decision sparked days of unrest and the city is under a weekend curfew.

Ms Taylor’s family through their attorney’s have demanded that a grand jury transcript of her case be released to the public.

The grand jury on Wednesday had returned charges of ‘wonton endangerment’ against one former officer. However, the decision not to lay charges for killing Ms Taylor triggered protests around the US. 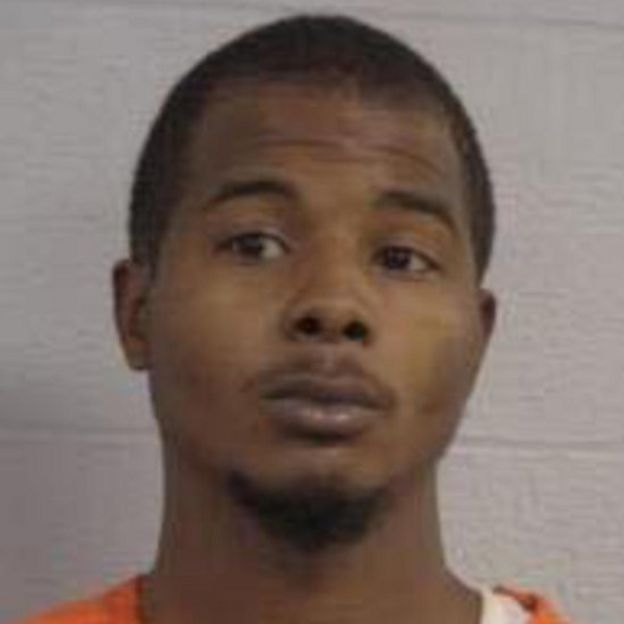 Over 127 people were arrested on Wednesday night. On Thursday night, Louisville police arrested at least 27 protesters, including the only African-American lawmaker in the Kentucky legislature.

Johnson had no connection’s with the drug raid.