The Los Angeles County Sheriff’s Department said the couple confronted a woman who had entered their home and grabbed the child from a playpen.

After a “tussle”, officials said the couple were able to retrieve the child.

“Scary situation, but thankful that everybody is doing well,” the Hall of Fame quarterback tweeted.

“We appreciate respect for our privacy at this time,” he added.

Montana, who is now 64, spent most of his career with the San Francisco 49ers and is widely regarded as one of the greatest quarterbacks of all time. He was nicknamed “the Comeback Kid” during his heyday in the 1980s, because he was famous for setting up winning last-minute touchdowns. 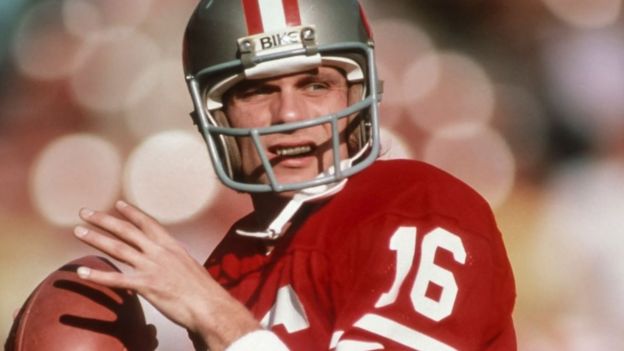 The four-time Super Bowl champion and his wife Jennifer “attempted to de-escalate the situation” and asked the woman to give the child back, before “a tussle ensued and Mrs Montana was able to safely pry the child out of the suspect’s arms”, the sheriff’s department said.

The suspect, identified as Sodsai Dalzell, fled the scene but was then caught and charged with kidnapping and burglary.