The  Green New Deal has skyrocketed to the top of the progressive agenda, outlines an all-encompassing plan that prioritizes climate change alongside economic justice and calls for federal investment into green infrastructure on a massive scale.

@JoeBiden said he does not support the #NewDeal that @SpeakerPelosi and the radicals support! pic.twitter.com/LlqJj1P3CS

“Biden believes the Green New Deal is a crucial framework for meeting the climate challenges we face. It powerfully captures two basic truths, which are at the core of his plan: (1) the United States urgently needs to embrace greater ambition on an epic scale to meet the scope of this challenge, and (2) our environment and our economy are completely and totally connected.”

House Speaker Nancy Pelosi (D-CA) and Representative Ocasio-Cortez (D-NY) both think climate change should be a top priority for Democrats to tackle if they take back the White House and Senate in 2020, but they may well differ on how to go about it, but Joe Biden said that he does not support the Green New Deal but the Joe Biden’s plan. While the speaker is excited about the newfound public push to stop climate change, she is also clear-eyed about the difficult trade-offs ahead.

“No, I think it is a green dream. I don’t consider to be that a dismissive term,” she said. “Nancy Pelosi is a leader on climate, has always been a leader on climate, and I will not allow our caucus to be divided up by silly notions of whatever narrative. We are in this together.” 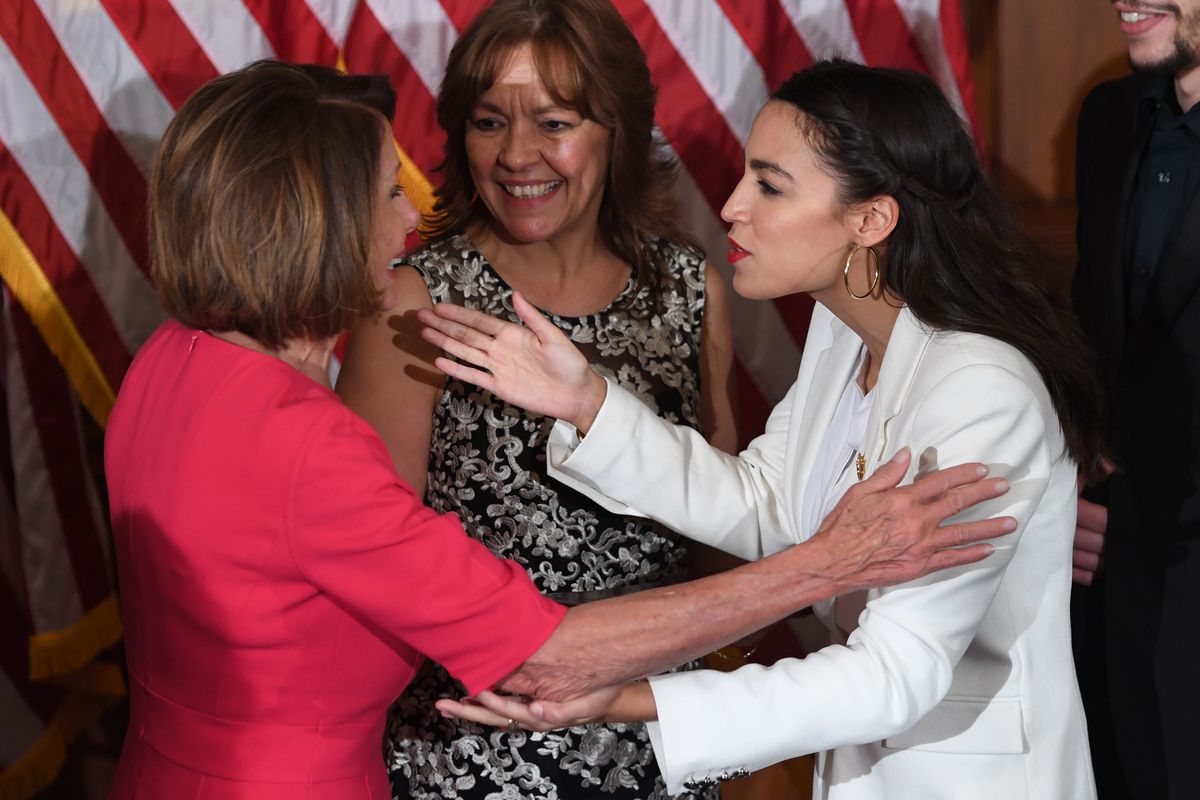 During the debate, Joe Biden became confused and muffled his words when responding to questions.  Biden appeared forgetful and failed to respond to Chris Wallace’s questions about crime, the economy, race and crime.

During the debate, Biden attempted to deflect away from  responding to President Trump’s questions about Hunter Biden receiving 3 Million dollars from a Moscow’s Mayor.  Biden’s response was the military record of his deceased son Bo Biden and said that the Hunter Biden allegations–were false.  Biden finally admitted that Hunter Biden had a drug problem and that he was proud of his son for obtaining drug addiction treatment.

Trump continued to call out Joe Biden about his past race relations against the treatment of Black America and referring to the military as “stupid bastards.”

Both candidates sparred all night without reaching across to make a heavy blow.  But Biden appeared to become angry with Trump when the president challenged his 47 year failed record as a former Vice-President, his son, Hunter Biden and politician.

Biden said that there wasn’t enough time to respond to President Trump’s question about law and order and endorsements of the men and women in blue.  Trump has received endorsement from almost all major police organization and more than 200 military generals.

Joe Biden did not declare his support of the Black Lives Matters organization.

President Trump denounced, crime, violent protest, and he supports law and order–.  Trump said that the National Guard is ready to move into violent states and cities–controlled by Democrats— like Chicago and New York City to stop the crime.