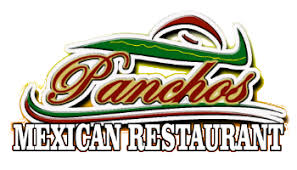 CLARKSVILLE, TN – After an investigation by the U.S. Department of Labor’s Wage and Hour Division (WHD), Don Pancho Mexican Restaurant will pay $563,350 in back wages to 120 employees after an investigation found minimum wage, overtime and recordkeeping violations of the Fair Labor Standards Act (FLSA) at three Tennessee locations in Mount Juliet, Ashland City and Jackson. The Department also assessed the restaurant a $683 civil penalty for violating the child labor provisions of the FLSA.

Don Pancho Mexican Restaurant also paid some kitchen workers flat salaries, regardless of the number of hours that they worked. This practice resulted in violations when those employees worked more than 40 hours in a workweek, but the employer failed to pay them overtime. Similar violations occurred for employees paid flat daily rates regardless of the number of hours they worked. WHD also found the employer failed to maintain records of cash payments made to employees, resulting in a recordkeeping violation.

The investigation also found that Don Pancho Mexican Restaurant violated child labor requirements by employing a 15-year-old minor to work outside of the hours allowed by law for that age group. WHD investigators determined the employer allowed the minor to work more than 18 hours during a school week, more than 40 hours in a week while school was not in session, more than three hours on a school day, more than eight hours on a non-school day, and later than 7:00 p.m.

“Employers must pay their workers all the wages they have legally earned. We encourage them to contact the Wage and Hour Division with questions about how to pay a tipped employee, or any other wage requirements, so that they fully understand their responsibilities,” said Wage and Hour Division District Director Nettie Lewis, in Nashville, Tennessee. “This investigation’s outcome reminds all employers to review their pay practices to ensure they are paying their workers as the law requires and demonstrates that the U.S. Department of Labor is committed to leveling the playing field for employers that play by the rules.”

The Department offers numerous resources to ensure employers have the tools they need to understand their responsibilities and to comply with federal law, such as online videos and confidential calls to local WHD offices.

For more information about the FLSA and other laws enforced by the Wage and Hour Division, contact the toll-free helpline at 866-4US-WAGE (487-9243). Employers that discover overtime or minimum wage violations may self-report and resolve those violations without litigation through the PAID program. Information is also available at https://www.dol.gov/agencies/whd.

WHD’s mission is to promote and achieve compliance with labor standards to protect and enhance the welfare of the nation’s workforce. WHD enforces federal minimum wage, overtime pay, recordkeeping and child labor requirements of the Fair Labor Standards Act. WHD also enforces the paid sick leave and expanded family and medical leave requirements of the Families First Coronavirus Response Act, the Migrant and Seasonal Agricultural Worker Protection Act, the Employee Polygraph Protection Act, the Family and Medical Leave Act, wage garnishment provisions of the Consumer Credit Protection Act and a number of employment standards and worker protections as provided in several immigration related statutes. Additionally, WHD administers and enforces the prevailing wage requirements of the Davis-Bacon Act and the Service Contract Act and other statutes applicable to federal contracts for construction and for the provision of goods and services.

The mission of the Department of Labor is to foster, promote and develop the welfare of the wage earners, job seekers and retirees of the United States; improve working conditions; advance opportunities for profitable employment; and assure work-related benefits and rights.