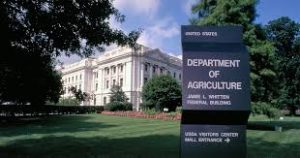 WASHINGTON, D.C.—Citizens for Responsibility and Ethics (CREW) filed a complaint alleging that Secretary Sonny Perdue violated the Hatch Act in North Carolina.  CREW sued President Donald J. Trump  on on day one of his administration alleging violations  of the Emoluments Clauses  of the U.S. Constitution, because of the unconstitutional corruption that would result from his refusal to divest from his business interests.  CREW is lead by Beth Nolan, the chief legal officer for the  George Washington University in Washington, DC.  She directs all legal services for GW, providing legal counsel, preventive legal guidance and related services in support of the university’s teaching and research mission.

CREW alleged that the U.S. Department of Agriculture (USDA) Secretary Sonny Perdue violated the Hatch Act on August 24, 2020, when he spoke in his official capacity at an event in Mills River, North Carolina (the “August 24 event”).

Following an investigation, the  U.S. Office of Special Counsel (OSC) “issued Secretary Perdue a cure letter. The event generally related to USDA’s Farmers to Families Food Box Program.   “OSC has concluded that Secretary Perdue violated the Hatch Act. Because he was on taxpayer-funded travel when he engaged in the political activity at issue, the U.S. Treasury must be reimbursed for the costs associated with his political activity.”

Secretary Purdue is new to federal government–and the violation was an innocent violation without intent to campaign while on the government’s payroll.  OSC ruled that if ” immediate corrective action is taken and the U.S. Treasury is reimbursed for such costs, OSC will decline to pursue disciplinary action and instead consider this file closed with the issuance of the cure letter.”

The Speech in Question:

Mr. President, as you saw those throngs of people lining both sides of the road from the airport all the way to Mills River here, those were a part of those forgotten people that voted for you for 2016. And I’ve got better news for you: They and many others are going to vote for you for four more years in 2020. Because they understand, under your administration, they’ve not been forgotten. And this [Farmers to Families Food Box Program] is a great
example of that.
…
I saw last week—some of you may have watched; I didn’t watch much, but I
read a little bit about it—we were trying to talk about personalities in politics. Let me tell you what: People don’t vote for personalities. They vote for policies and people that get it done like Donald J. Trump. You know, that’s what people want. They want somebody who can get it done. They want a Decider-in-Chief. And if you’ve ever sat in that office, this man can decide.  And when he decides, you better move out and get it done along with him. …

[I]t was a $3 billion program, you just authorized another billion dollars for
the hungry people of this country and to keep our farmers there. And we’ve
never seen an outpouring of compassion like that for people who matter,
because people matter to you. And that’s what’s important to me. And that’s
what’s going to continue to happen—four more years—if America gets out
and votes for this man, Donald J. Trump.

Secretary Perdue’s “statements described a prior occurrence and predicted future behavior based on the President’s focus on helping “forgotten people,” “farmers who were suffering,” “distributors who were suffering,” and people who have “lost their jobs.” Such statements— those of a factual, predictive, and/or policy-based nature—do not implicate the Hatch Act’s prohibitions. Secretary Perdue did not encourage attendees to
vote for a candidate or party or advocate for a partisan political group.

But OSC says parts of his speech amounted to a campaign push for the president and not USDA.  “His first words were not about USDA, but about the president’s 2016 and 2020 campaigns, concluded OSC. :

OSC further concluded that the “Secretary Perdue described why those in Mills River voted for the president in 2016 and gave them a reason to vote for him again in 2020—because under a Trump Administration, they will not be “forgotten.”

Purdue merely mentioning the “forgotten people” was not political and OSC’s decision manipulated his statements in order to justify its conclusion that the Hatch Act was violated in favor of CREW’s complaint.