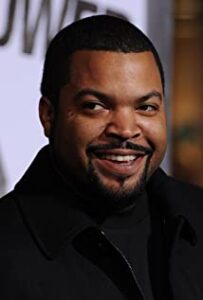 WASHINGTON, D.C.  Rapper Ice Cube, has set a war in place between the Democrats and prosperity for Black Communities.  Ice Cube, is a  critic of both the Republican and Democratic parties.  He has  been and remains unabashed in his criticism of both President Donald Trump and the Trump’s Administration—related to the Black communities. But, President Trump has not taken Ice Cubes criticism lightly.  Recently, Ice Cube released a Black Contract to America, (CWBA) outlining policies related to the betterment of the black community that he would like the candidates running for the presidency to at least consider pursuing.—and Trump responded by bringing the Cube to the table to help in the Trump’s “Platinum Plan” for Black American.  Ice Cube has been working with the Administration–to help Black America.  Now Ice Cube faces the wrath of leftists — some of them white — for parleying with the Trump administration.

“Ice Cube was scheduled to appear on Andrew Cuomo’s CNN show “Cuomo Prime Time”, but his interview was cancelled by “the powers that be” according to Ice Cube’s twitter account. The interview and subsequent cancellation is following Ice Cube’s recent political evolution characterized by his desire to challenge both parties and work with anyone actually willing to close the wealth gap in the black community. “

“Facts: I put out the CWBA. Both parties contacted me,” Ice Cube tweeted Wednesday. “Dems said we’ll address the CWBA after the election. Trump campaign made some adjustments to their plan after talking to us about the CWBA.”

“Every side is the Darkside for us here in America,” Ice Cube wrote Wednesday in a follow up tweet. “They’re all the same until something changes for us. They all lie and they all cheat but we can’t afford not to negotiate with whoever is in power or our condition in this country will never change. Our justice is bipartisan.”

“I will advise anybody on the planet who has the power to help Black Americans close the enormous wealth gap,” he added Thursday.