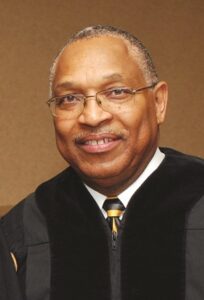 WASHINGTON, D.C.—today, Judge Reggie Walton, ordered President Donald J. Trump via the Justice Department to file a brief on President  Trump’s exact intentions when he tweeted about declassifying all information related to the federal probe into Russian interference in the 2016 election, finding comments from the White House counsel’s office were not enough to decide the matter.

He was appointed by President George W. Bush in 2004 to chair the National Prison Rape Elimination Commission, which was created by Congress to identify methods to curb incidents of prison rapes.