The U.S. Supreme Court Denied the Republican Party of Pennsylvania Motion to Stay the State’s Supreme Court’s Decision to Extend Receipt of Ballots 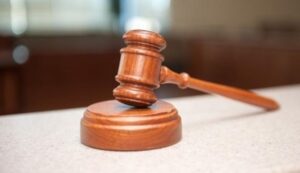 In the face of Act 77’s deadline, the Pennsylvania Supreme Court, by a vote of four to three, decreed that mailed ballots need not be received by election day. App. to Pet. for Cert. 80a–81a. Instead, it imposed a different rule: Ballots are to be treated as timely if they are postmarked on or before election day and are received within three days thereafter. Id., at 48a. In addition, the court ordered that a ballot with no postmark or an illegible postmark must be regarded as timely if it is received by that same date. Id.,
at 48a, n. 26. The court expressly acknowledged that the statutory provision mandating receipt by election day was unambiguous and that its abrogation of that rule was not based on an interpretation of the statute. Id., at 43a. It
further conceded that the statutory deadline was constitutional on its face, but it claimed broad power to do what it thought was needed to respond to a “natural disaster,” and it justified its decree as necessary to protect voters’ rights under the Free and Equal Elections Clause of the State Constitution. Id., at 44a, 45a–47a.

Justice Alito with whom Justice Thomas and Justice Gorsuch joined stated in his opinion, “Although the Pennsylvania Supreme Court rejected Petitioner’s request for that relief, we have been informed by the Pennsylvania Attorney General that the Secretary of the Commonwealth issued guidance today directing county boards of elections to segregate ballots received between 8:00 p.m. on November 3, 2020, and 5:00 p.m. on November 6, 2020. Nothing in the Court’s order today precludes Petitioner from applying to this Court for relief if, for some reason, it is not satisfied with the Secretary’s guidance.”