Pennsylvania Republican State Senators have asked Majority Leader Mitch McConnell and GOP Leader Kevin McCarthy in a written letter “Due to these inconsistent and questionable activities, we believe that PA election results should not have been certified by our Secretary of State”

“Members, we ask for more time given the fact that the U.S. Supreme Court is to hear Trump vs. Boockvar in the coming days.  We ask that you delay certification of the Electoral College to allow due process as we pursue election integrity in our Commonwealth,’ wrote the State Senators.

Vice-President Mike Pence is expected to hold proceedings in a joint session to count all legal electoral colleges.  The Republicans in both Houses of Congress have pledged to object to Pennsylvania’s and six other states fraudulently electoral college votes. 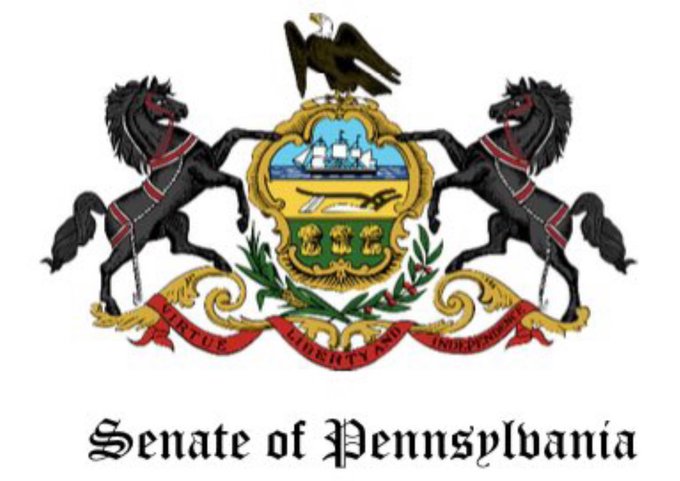 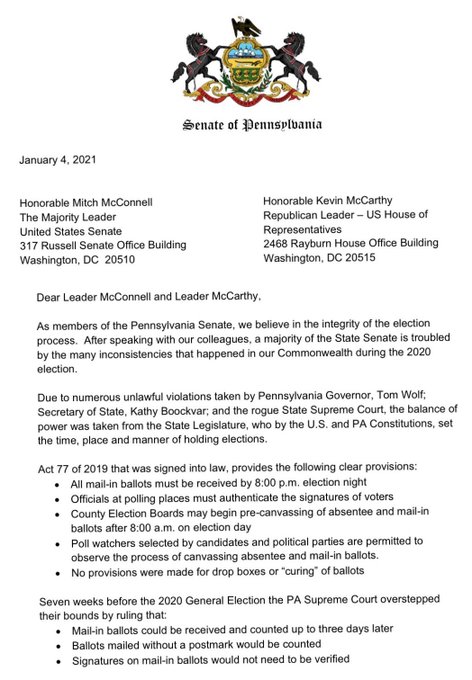 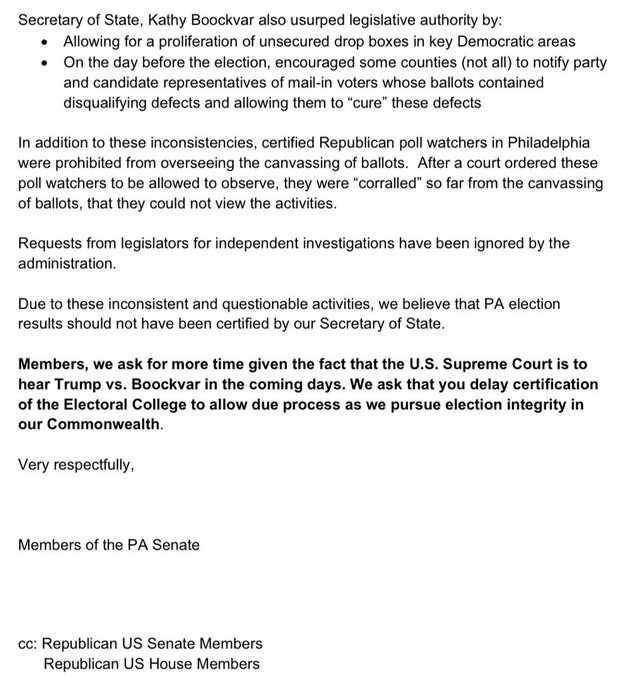