McConnell’s office notes that the Senate will not reconvene for substantive business until Jan. 19, which means the earliest possible date that impeachment trial proceedings can begin in the Senate is the day before President-elect Joe Biden is inaugurated, reported the Washington Post. 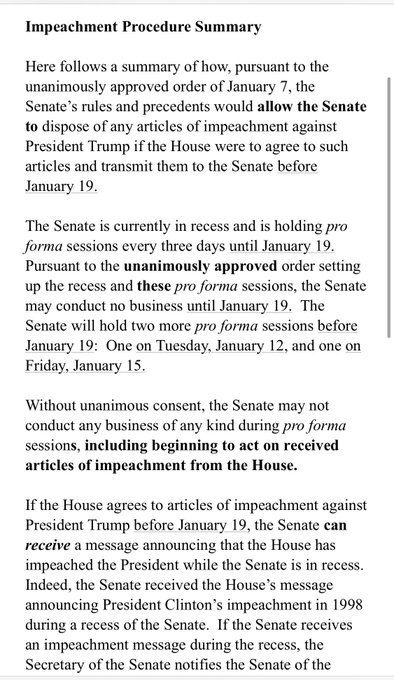 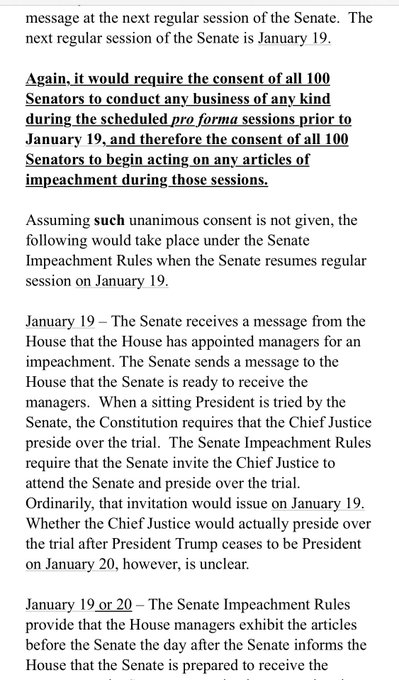 Senator Josh Hawley (R-Missouri)  and Senator Ted Cruz (R-Texas)  most likely will not agree to return to the U.S. Senate prior to January 19, 2021 to help support the Democrats efforts to impeach President Donald J. Trump.

Both Cruz and Hawley, objected to election results.  Both also have condemned the US Capitol violence.  The Democrats are also pushing for both U. S. Senators to resign–alleging insurrection.   “The United States constitution says ‘no Person shall be a Senator or Representative in Congress’ who ‘shall have engaged in insurrection or rebellion against’ the constitution, ‘or given aid or comfort to the enemies thereof’.“Both Cruz and Hawley are eyeing runs for the presidency in 2024.

The Democrats have not sought resignation of the 140 Representatives and 9 other U.S. Senators who also pledged to challenge the electoral college.  But none of the elected are considering running for the 2024 Presidential Election—making it more difficult to field a candidate.