Secretary of Defense Lloyd J. Austin III and Philippines Secretary of National Defense Delfin Lorenzana held an introductory phone call during which they discussed a number of priority of bilateral defense issues for both countries.

Secretary Austin affirmed the U.S. commitment to the U.S.-Philippines alliance and our bilateral Mutual Defense Treaty and Visiting Forces Agreement (VFA), highlighting the value the VFA brings to both countries. The Secretaries discussed the importance of enhancing the Armed Forces of the Philippines’ capabilities and increasing interoperability between our two militaries through a variety of bilateral security cooperation activities.

The Secretaries also discussed regional security challenges, to include the South China Sea, counterterrorism, and maritime security, and affirmed the importance of upholding international rules and norms, to include the 2016 Arbitral Tribunal ruling. 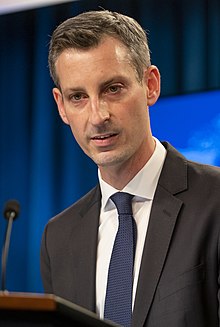 MR PRICE: Good afternoon. I just have one thing at the top, and then we’ll get started.

The United States is deeply concerned about the absence of an election implementation agreement in Somalia. While this is an issue for Somalis to resolve, the United States views immediate elections as critical to Somalia’s future. Consensus can be reached. We call on Somalia’s leaders to resume their dialogue urgently so that national elections can take place now. The impasse hinders pressing reform and counterterrorism efforts, and continued delays will only increase the risk of instability.

It is the responsibility and the duty of national and regional leaders to act in the interests of the people of Somalia, who, of course, deserve the best from their leaders. Partial, parallel, or alternative election processes, including prolonged interim governing arrangements, would increase prospects for instability and be a major setback for Somalia. The United States opposes the use of violence by any party. We remain committed to the development of democracy in Somalia, and we want Somalis to enjoy the long-term stability, prosperity, and peace they deserve.

Great power competition is adding a level of risk and uncertainty in an already risky and uncertain part of the world: the Middle East, the commander of U.S. Central Command said.

Marine Corps Gen. Kenneth F. McKenzie said in an address to the Middle East Institute yesterday that Russia and China are vying for power and influence through all aspects of national power in the region. This is on top of the risks posed by Iran and violent extremist groups.

Peace and stability in the Middle East is important to the United States because the health of the global economy depends on the free flow of oil and other commerce from the region and within the region, he said.

“The United States faces increasing competition in the region from Russia and China both vying for power and influence through a combination of diplomatic, military and economic means,” he said in the keynote address at the institute’s virtual convention.

China and Russia each have reasons for challenging the status quo in the region, but many are surprised that the challenge is happening because it is widely assumed that great power competition is occurring only in the Indo-Pacific or Europe, McKenzie said. “The CENTCOM [area of operations] is and always has been a crossroads of global interests and, historically, a prime arena for foreign powers to compete for influence for resources and for access,” he said. “In 2020, Russia and China exploited an ongoing regional crisis; financial infrastructure needs; perception of declining U.S. engagement; and opportunities created by COVID-19 to advance their objectives across the Middle East and central and southern Asian nations to gain or strengthen footholds in the region.”

Russia seeks to undermine and disrupt U.S. influence to reassert its own identity as a global power, the general said. Russia also has economic reasons for moves in the Middle East including destabilizing arms sales. Russia is also looking to establish permanent bases in Syria and Sudan.

This has impacted U.S. operations to counter violent extremists in the region. “In September 2020, in response to a dangerous increase in unauthorized and unsafe Russian interactions with coalition forces, CENTCOM deployed Sentinel radar and Bradley fighting vehicles to the eastern Syrian security area and increased combat air patrols over U.S. forces,” he said. “I suspect Russia will continue to challenge U.S. presence as opportunities present themselves, positioning … itself is an alternative to the West by trying to mediate regional conflicts; selling arms without end-use restrictions; offering military expertise; and participating in regional and multilateral organizations and military exercises.”

China is dependent on the region for half of its crude oil. China continues to cultivate trade relationships, economic investment and comprehensive partnerships among regional states. “China uses its ‘Belt and Road’ initiative and the China-Pakistan economic corridor to expand Chinese influence and presence within the [region],” McKenzie said.

Both Russia and China leverage their proximity to the region, historical relations and a perceived decline in U.S. engagement to establish and strengthen opportunistic relationships, he said.

He said he expects China will continue to strengthen defense cooperation throughout the region with arms sales, exercises and the use of multilateral organizations to establish and strengthen trade relationships across the Middle East while prioritizing access to energy resources.

Coordinated U.S. interagency efforts, strong allies and partner relationships are key in this phase of great power competition. “Opportunities to bolster partnerships and compete with Russia and China in the region include border security measures, counter narcotics efforts, counterterrorism, defense institution building, and even development assistance,” he said. “These low-cost and often overlooked programs possessed outsized impact in terms of building relationships and assuring key partners.”

But Iran remains the main problem for the command, McKenzie said. “For more than 40 years, the Iranian regime has funded and aggressively supported terrorism and terrorist organizations and defied international norms by conducting malign activities, which destabilize — not only the region — but global security and commerce, as well,” he flatly stated.

McKenzie said Iran sponsors proxies in Iraq, Yemen, Lebanon and Syria and uses Iraq as a proxy battleground against the United States. “Iran’s actions also contribute to the instability seen in Syria and Yemen, two regional conflicts that have resulted in millions of refugees, famine and outbreaks of diseases.”

McKenzie also said the U.S. presence in the region has brought about a period of contested deterrence with Iran. “That presence sends a series of clear and unambiguous signals of our capabilities and will to defend partners and U.S. national interests, a signal which has been clearly received by the Iranian regime,” he said. “In addition to visible presence, CENTCOM demonstrates U.S. capability and will [continue that] by enhancing a resilient and responsive force posture; dynamically moving forces in and out of the region, as needed; and building cohesive and dominant partnerships with regional and coalition forces.”

“The easing of tensions between Israel and other Arab countries provides us with a strategic opportunity to align additional partners against shared threats to stability in the region,” he said. “Now, I fully understand there are fundamental political issues that remains to be worked out between Israel and many of its Arab neighbors, and that process will take its course. But it’s always been my observation that since you can’t choose your neighbors, you have to find a way to get along with the ones that you do have.” 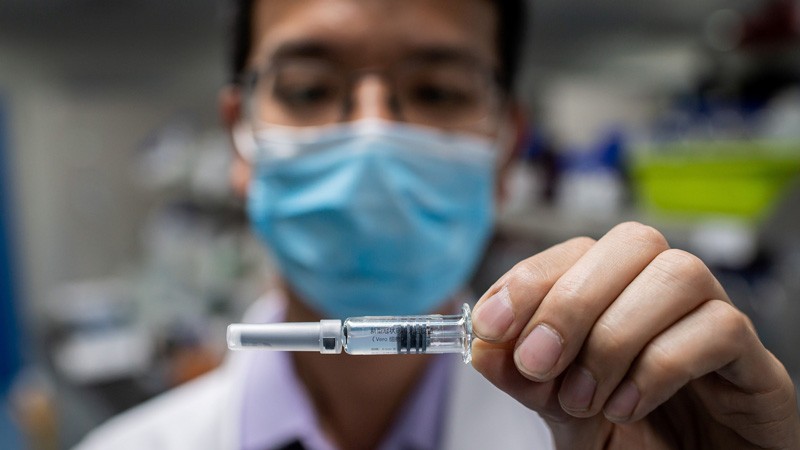 Over 3.1 million new cases we reported last week, a 17% decline compared to the previous week. Although there are still many countries with increasing numbers of cases, at the global level, this trend is encouraging. The number of new deaths reported also fell for a second week in a row, with 88 000 new deaths reported last week, a 10% decline as compared to the previous week. This brings the global cumulative numbers to 105.4 million cases and 2.3 million cases since the start of the pandemic. In this edition of the COVID-19 Weekly Epidemiological Update, special focus updates are provided on: How COVAX is distributing the first COVID-19 vaccines to prioritized countries in all six WHO regions, as well as on SARS-CoV-2 variants of concern.