WASHINGTON, D.C. (February 9, 2021)–President Donald J. Trump was impeached during a railroad hearing in the House of Representatives.  Today, the impeachment trial opened in the U.S. Senate with a debate about whether the U.S. Constitution allows a former president to face trial after he has left office. The U.S. Senate voted 56-44 that said that the President’s second impeachment trial is constitutional.  But six U.S. Republican Senators joined with the Democrats.

A similar effort led by Republican Senator Rand Paul last month led to 45 out of 50 fellow Senate Republicans voting the trial was unconstitutional.

The Nebraska senator handily won reelection in 2020 and is considered a potential contender for the 2024 Republican presidential nomination. He publicly denounced Trump’s false claims of widespread electoral fraud and said there was no basis to object to Democrat Joe Biden’s Nov. 3 victory.

The Louisiana senator changed his vote from his earlier one, backing arguments on Tuesday that the trial was constitutional. Cassidy told reporters after the House impeachment managers presented their side that they had “a very good opening.”

Murkowski of Alaska became the first U.S. senator in 50 years to win an election with a write-in campaign in 2010 after losing in the Republican primary. She called for Trump to resign after his followers rioted at the U.S. Capitol on Jan. 6 to disrupt the formal certification of the election by Congress.

Romney, a Utah senator and the 2012 Republican presidential candidate, has been a vocal critic of Trump. In 2020, Romney was the only Republican senator to vote for conviction during Trump’s first impeachment trial.

The Pennsylvania senator announced in October 2020 he would not be seeking re-election. He said in television interviews Trump committed “impeachable offences” and called on him to resign after the Jan. 6 attack.

The Maine centrist was the only Republican senator re-elected in 2020 in a state also won by Biden. She said Trump had incited the Jan. 6 riot.

The second impeachment trial is based on several false allegations that President Donald J. Trump ‘s January 6th peaceful rally was the cause of the U.S. Capitol attack.

President Trump  “immediately deployed the National Guard and federal law enforcement to secure the building and expel the intruders.”

On January 4th one day before the U.S. Capitol attack , the D.C. City Council wrote this letter. 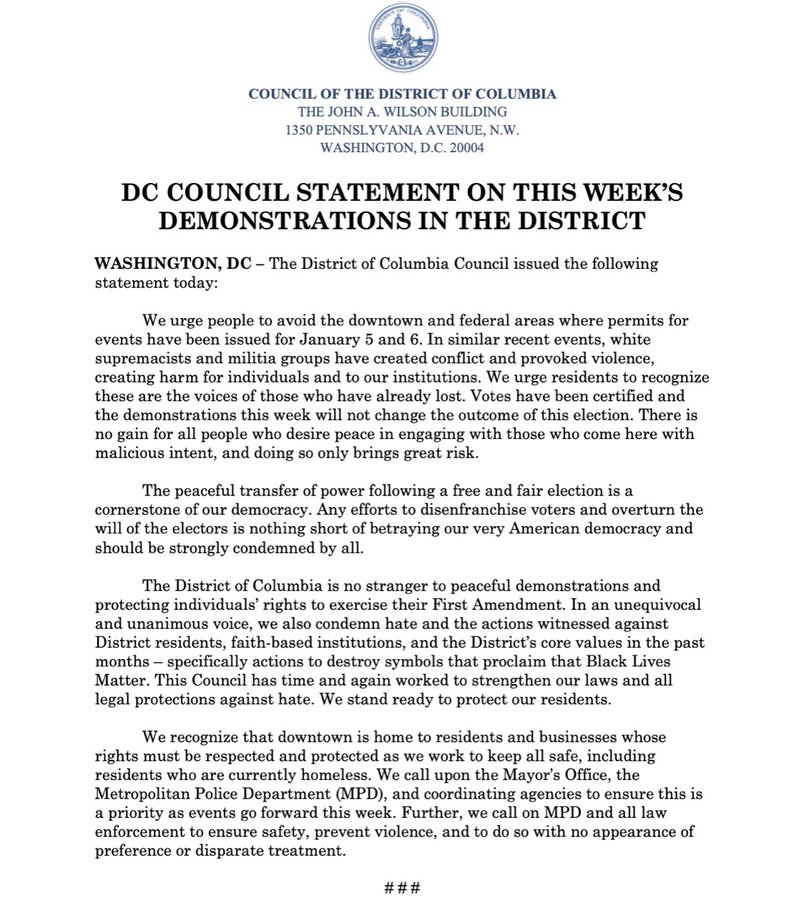 We stand together with our partners on the @councilofdc https://t.co/ROzWPpNOXR

D.C. Mayor Muriel Bowser declined President Donald J. Trump’s offer to deploy the National Guard–even after the D.C. Council had warned the Mayor in their letter on January 4th.  The Mayor stated in her letter to President Trump “To be clear, the District of Columbia is not requesting other federal law enforcement personnel and discourages any additional deployment without immediate notification to, and consultation with, MPD if such plans are underway.” DC Mayor Bowser deleted her tweet which included this letter:

Defense Department officials stressed  that U.S. Capitol Police did not request  National Guard troops for the Capitol prior to the event — despite repeated offers from the military.

Democratic Rep. Maxine Waters in a phone conversation with Capitol Police Chief Steven Sund  expressed her “grave concerns” about proposed security for the rally, given that several right-wing extremist groups were expected to be in attendance. Waters said Sund — who did not request National Guard backup prior to the day of the riot — assured her the Capitol plaza would be “absolutely secured” and that rally attendees “would not be able to get inside or on top of the Capitol building.”

The Department of Defense confirms with Capitol Police that there is no request for DoD support, according to the Pentagon.

Miller and Gen. Mark Milley, chairman of the Joint Chiefs of Staff, meet with Trump, according to the Department of Defense. Trump agrees to activate the D.C. National Guard to support D.C. police (not Capitol Police) with crowd and traffic control. The Pentagon later tells Pro Publica. “The President had no role in tactical matters as the capabilities deployed and location were dictated solely by the request from D.C. government.”