“Ratio of Job Openings to Applicants Plunges in Japan”

JAPAN (February 15, 2021)—the spread of COVID-19 infections has worsened corporate performance in Japan. The number of job seekers is on the rise amid the increase in layoffs and furloughs, while the number of offers is falling. With no end to the pandemic in sight, the tough employment market seems likely to continue.

In 2020, the ratio of job openings per applicant in Japan was 1.18, a year-on-year decrease of 0.42 percentage points. The 1.60 ratio in 2019 was the third highest on record, but the COVID-19 pandemic led to a drastic change in the business climate. As a result, the number of job seekers in 2020 rose by 6.9% to 1.8 million, while job offers fell by 21% to 2.2 million. The year-on-year fall in the ratio of job openings per applicant even exceeds the 0.41 percentage point drop in 2009, in the wake of the collapse of Lehman Brothers.

Among Japan’s prefectures, Fukui had the highest ratio of job offers per applicant, at 1.62, while Okinawa had the lowest, at 0.79. In Tokyo, the ratio was 0.88, marking the sixth consecutive month, since July 2020, for the ratio to be under 1.0. 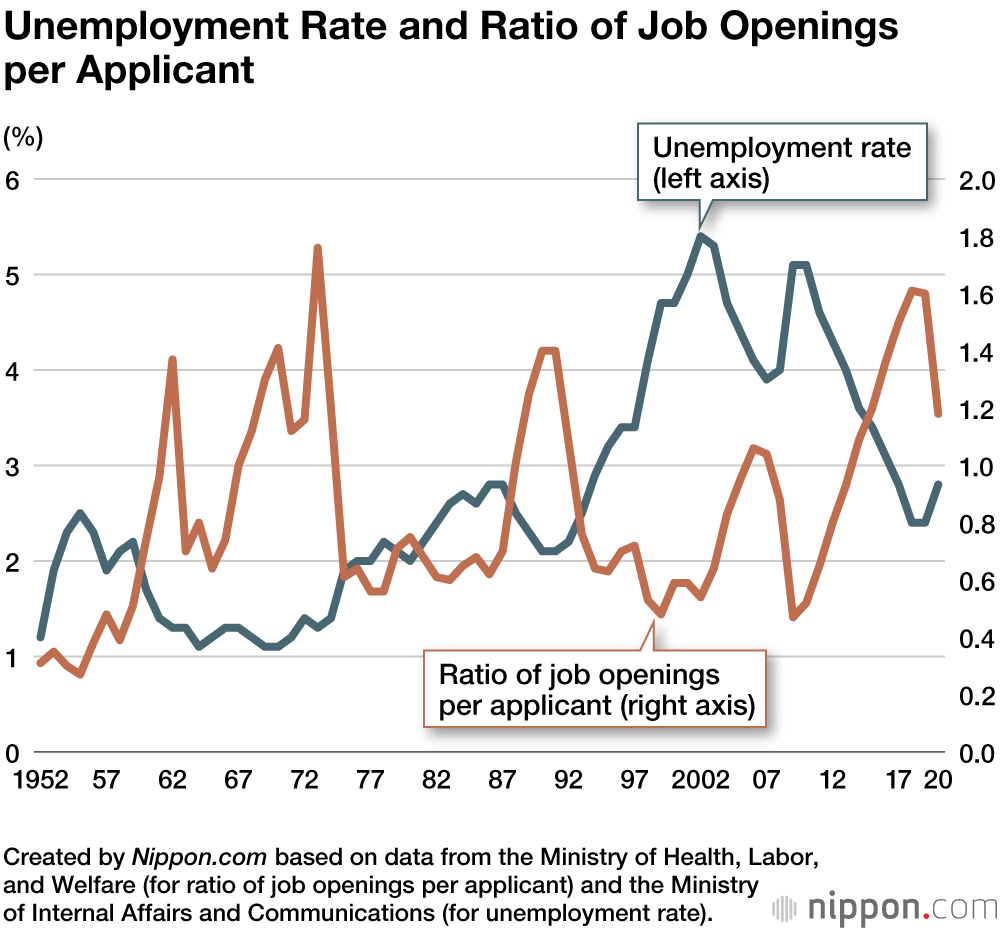 The average unemployment rate in 2020, meanwhile, rose to 2.8%, climbing for the first time in 11 years. Unemployed in Japan totaled 1.91 million, an increase of 290,000 over the previous year. The average number of furloughed employees for 2020 rose year on year by 800,000 to a total of 2.56 million, the highest since records were first kept on this in 1968. The number of furloughed employees rose to its highest monthly point of 5.97 million in April, just after the state of emergency was declared, and gradually declined thereafter, but may rise again due to the second state of emergency in some parts of Japan in 2021.