Supreme Court Justice Stephen Breyer rejected a request by lawyers for the two to block the transfer to Japan.

Still, it is uncertain whether the pair will be extradited to Japan soon.

The two men, Michael Taylor, a former U.S. Army special forces soldier, and his son, Peter, are accused of helping Ghosn flee to Lebanon from Japan in late 2019 while he was out on bail awaiting trial over his alleged financial misconduct. 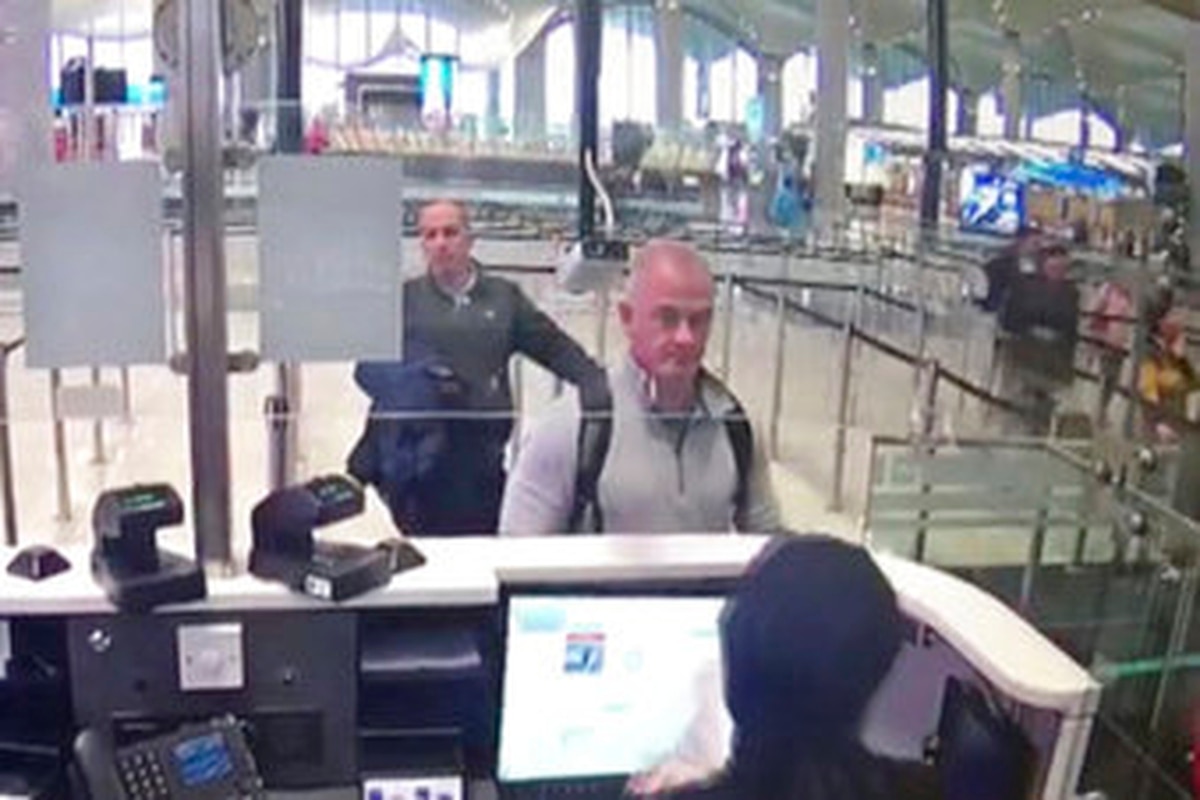 This Dec. 30, 2019 image from security camera video shows Michael L. Taylor, center, and George-Antoine Zayek at passport control at Istanbul Airport in Turkey. Taylor, a former Green Beret and his son, Peter Taylor, 27, were arrested Wednesday, May 20, 2020 in Massachusetts on charges they smuggled Nissan Motor Co. Chairman Carlos Ghosn out of Japan in a box in December 2019, while he awaited trial there on financial misconduct charges. (DHA via AP)

At the request of the Tokyo District Public Prosecutors Office, U.S. authorities detained them in May last year. The Tokyo prosecutors asked the United States to turn them over to Japan under the bilateral extradition treaty.