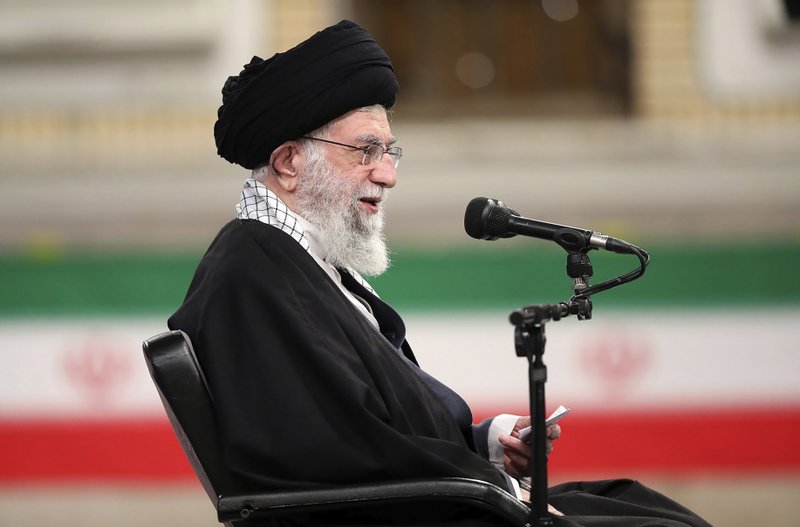 U.N. Secretary-General Antonio Guterres said the United Nations would not support re-imposing sanctions on Iran as the United States was demanding until he got a green light from the Security Council. He said there was “uncertainty” on whether or not former secretary of state Mike Pompeo had triggered the “snapback” mechanism

Former Secretary of State Mike Pompeo tweeted:”A weak and appeasing America will only embolden Iran and hurt the American people. “We built out an enormous coalition of Gulf states and Israel that want to push back on Iran—the US must be continue to be a part of that,” added Pompeo.

A weak and appeasing America will only embolden Iran and hurt the American people. We built out an enormous coalition of Gulf states and Israel that want to push back on Iran — the US must be continue to be a part of that. https://t.co/FJxNtzr3UX

Today, offer United Nations inspectors “less access” to its nuclear program as part of its pressure campaign on the West, though investigators will still be able to monitor Tehran’s work, the U.N. atomic watchdog’s chief said Sunday.

Rafael Grossi’s comments came after an emergency trip to Iran in which he said the International Atomic Energy Agency reached a “technical understanding” with Tehran to continue to allow monitoring of its nuclear program for up to three months. But his remarks to journalists underlined a narrowing window for the U.S. and others to reach terms with Iran, which is already enriching and stockpiling uranium at levels far beyond those allowed by its 2015 nuclear deal with world powers.

“The hope of the IAEA has been to stabilize a situation which was very unstable,” Grossi said at the airport after his arrival back in Vienna, where the agency is based. “I think this technical understanding does it so that other political consultations at other levels can take place and most importantly we can avoid a situation in which we would have been, in practical terms, flying blind.”

Grossi, the IAEA’s director general, offered few specifics of the agreement he had reached with Iranian leaders. He said the number of inspectors on the ground would remain the same but that “what changes is the type of activity” the agency was able to carry out, without elaborating further. He stressed monitoring would continue “in a satisfactory manner.”

Iranian Foreign Minister Mohammad Javad Zarif, who under President Hassan Rouhani helped reach the atomic accord, said the IAEA would be prevented from accessing footage from their cameras at nuclear sites. That came during a state TV interview Sunday even before his meeting with Grossi.

“We have a democracy. We are supposed to implement the laws of the country. And the parliament adopted legislation — whether we like it or not.”

Zarif’s comments marked the highest-level acknowledgement yet of what Iran planned to do when it stopped following the so-called “Additional Protocol,” a confidential agreement between Tehran and the IAEA reached as part of the landmark 2015 nuclear deal. The IAEA has additional protocols with a number of countries it monitors.

Under the protocol with Iran, the IAEA “collects and analyzes hundreds of thousands of images captured daily by its sophisticated surveillance cameras,” the agency said in 2017. The agency also said then that it had placed “2,000 tamper-proof seals on nuclear material and equipment.”

In his interview, Zarif said authorities would be “required by law not to provide the tapes of those cameras.” It wasn’t immediately clear if that also meant the cameras would be turned off entirely as Zarif called that a “technical decision, that’s not a political decision.”

“The IAEA certainly will not get footage from those cameras,” Zarif said.

“What we have agreed is something that is viable. It is useful to bridge this gap,” Grossi said. “It salvages this situation now, but, of course, for a stable, sustainable situation there will have to be a political negotiation and that is not up to me.”

There are 18 nuclear facilities and nine other locations in Iran under IAEA safeguards.

In 2018, then-President Donald Trump pulled the U.S. unilaterally out of the nuclear deal, known as the Joint Comprehensive Plan of Action, saying it needed to be renegotiated.

Even as Iran has backed away from restrictions of the deal since then to put pressure on the other signatories — Germany, France, Britain, Russia and China — to provide new economic incentives to offset U.S. sanctions, those countries have insisted it’s critical to keep the deal alive so that inspectors are able to continue to verify Iran’s nuclear activities.

“He is prepared to go to the table to talk to the Iranians about how we get strict constraints back on their nuclear program,” Sullivan told CBS’s “Face the Nation.” “That offer still stands, because we believe diplomacy is the best way to do it.”

On U.S. citizens being held by Iran, Sullivan added: “We have begun to communicate with the Iranians on this issue.”

Iranian Foreign Ministry spokesman Saeed Khatibzadeh told state TV late Sunday night responding to Sullivan that “there are no direct talks between Iran and the U.S. in any field.” However, Khatibzadeh said the Swiss Embassy in Tehran, which has looked out for American interests in the decades since the 1979 hostage crisis, has passed messages between the countries on prisoner issues since Biden took office.

Iran’s parliament in December approved a bill that would suspend part of U.N. inspections of its nuclear facilities if European signatories do not provide relief from oil and banking sanctions by Tuesday.

Already, Iran has slowly walked away from all the nuclear deal’s limitations on its stockpile of uranium and has begun enriching up 20%, a technical step away from weapons-grade levels. It also has begun spinning advanced centrifuges barred by the deal, which saw Iran limit its program in exchange for the lifting of economic sanctions.

An escalating series of incidents since Trump’s withdrawal has threatened the wider Mideast. Over a year ago, a U.S. drone strike killed a top Iranian general, causing Tehran to later launch ballistic missiles that wounded dozens of American troops in Iraq.

Zarif brought up the attacks in his interview with state TV, saying the IAEA must keep some of its information confidential for safety reasons.

“Some of them may have security ramifications for Iran, whose peaceful nuclear sites have been attacked,” Zarif said. “For a country whose nuclear scientists have been murdered in terrorist operations in the past — and now recently with Mr. Fakhrizadeh — confidentiality is essential.”