North Korea ordered to pay the perils of their ancestors: $2.3 billion for kidnapping, and torturing US Navy crew

Eighty-two USS Pueblo crew members were held captive for nearly a year starting in 1968, while one was killed 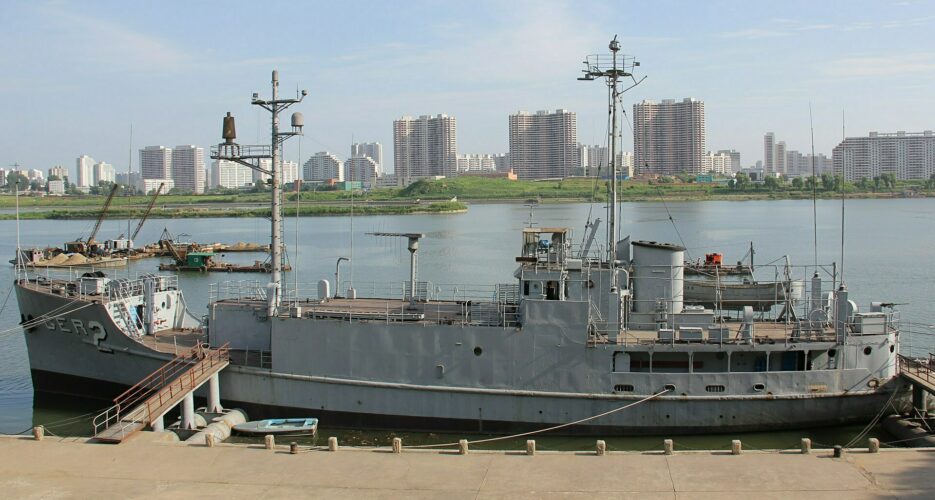 Awarding one of the largest-ever damages in a state-sponsored terrorism case, a U.S. federal district court has ordered North Korea to pay $2.3 billion to crew members who were captured on a U.S. spy ship more than 50 years ago.

On Thursday, the court ruled that the DPRK owes the large lump sum after 61 crew workers who were captured on a Naval ship called the USS Pueblo in 1968 filed a lawsuit decades later, in Feb. 2018. Another 110 family members also joined in on the suit.

For nearly a year, 82 crew members aboard the captured ship suffered from interrogations, beatings, torture, sleep deprivation and unsanitary living conditions, according to an Oct. 2019 memorandum opinion signed by a U.S. District Court judge. One crew member was killed, and both North Korea and the U.S. have different stories on whether the ship had entered DPRK waters.

The $2.3 billion award includes $1.15 billion in compensatory damages for the confinement and suffering of the crew members, plus another $1.15 billion for punitive damages against Pyongyang.

For now, it’s unclear whether North Korea will actually pay the victims and their families — in general, the country has a history of ignoring these lawsuits. However, some of the plaintiffs may be eligible to receive up to $20 million through the U.S. Victims of State Sponsored Terrorism Fund.

The captured USS Pueblo vessel has been on display in North Korea’s capital city for years.