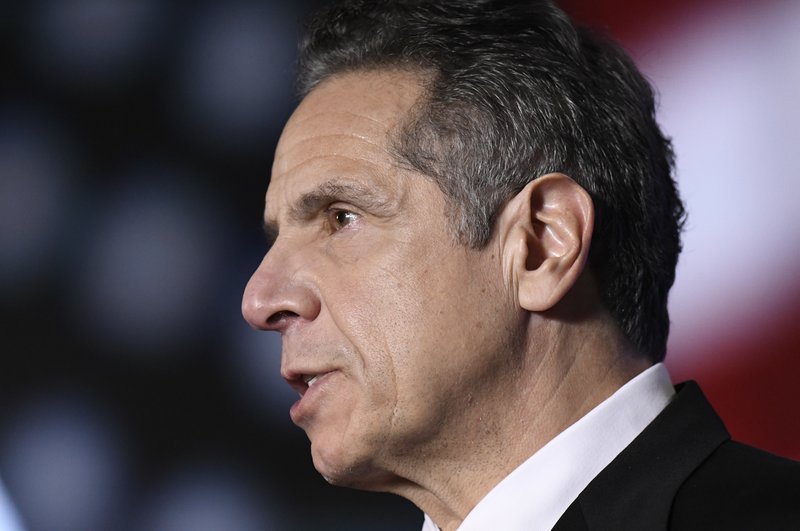 ALBANY, N.Y. (February 28, 2021) — New York Gov. Andrew Cuomo acknowledged for the first time Sunday that some of his behavior with women “may have been insensitive or too personal,” and said he would cooperate with a sexual harassment investigation led by the state’s attorney general.

In a statement released amid mounting criticism from within his own party, the Democrat maintained he had never inappropriately touched or propositioned anyone. But he said he had teased people and made jokes about their personal lives in an attempt to be “playful.”

“I now understand that my interactions may have been insensitive or too personal and that some of my comments, given my position, made others feel in ways I never intended. I acknowledge some of the things I have said have been misinterpreted as an unwanted flirtation. To the extent anyone felt that way, I am truly sorry about that,” he said.

Cuomo, one of America’s most prominent governors, is facing the most serious challenge of his decade in office following claims he sexually harassed at least two women who worked for him. Democrats in New York and around the nation aren’t rallying to his side, leaving him increasingly isolated from traditional allies.

His partial admission of wrongdoing came after a day of wrangling over who should investigate his workplace behavior.

By day’s end, Cuomo had appeared to acquiesced to demands that Attorney General Letitia James control the inquiry.

James said Sunday evening that she expected to receive a formal referral that would give her office subpoena power and allow her to hire and deputize an outside law firm for “a rigorous and independent investigation.”

“This is not a responsibility we take lightly,” said James, a Democrat who has been, at times, allied with Cuomo but is independently elected and had emerged as a consensus choice to lead a probe.

Calls for an investigation mounted after a second former employee of Cuomo’s administration went public Saturday with claims she had been harassed.

Charlotte Bennett, an entry-level aide in the governor’s administration until November, told The New York Times  Cuomo asked inappropriate questions about her sex life, including whether she ever had sex with older men, and made other comments she interpreted as gauging her interest in an affair.

Her accusation came days after another former aide, Lindsey Boylan, a former deputy secretary for economic development and special adviser to the governor, elaborated on harassment allegations she first made in December. Boylan said Cuomo subjected her to unwanted kisses  and inappropriate comments about her appearance.

Cuomo, 63, said in a brief statement Saturday he had intended to be a mentor for Bennett, who is 25. He has denied Boylan’s allegations.

Over several hours Sunday, James and other leading party officials rejected two of Cuomo’s proposals for how an investigation might proceed.

Under his first plan, announced Saturday evening, a retired federal judge picked by Cuomo, Barbara Jones, would have reviewed his workplace behavior. In the second proposal, announced Sunday morning in an attempt to appease legislative leaders, Cuomo asked James and the state’s chief appeals court judge, Janet DiFiore, to jointly appoint a lawyer to investigate the claims and issue a public report.

“I do not accept the governor’s proposal,” she said, demanding a formal referral that would give her office more authority to subpoena documents and witness testimony.

Many of the biggest names in New York politics lined up quickly behind James.

“These allegations are serious and deeply concerning. As requested by Attorney General James, the matter should be referred to her office so that she can conduct a transparent, independent and thorough investigation with subpoena power,” Gillibrand said.

Former Fox News and NBC journalist Megyn Kelly, whose sexual harassment allegations against late Fox News Chairman Roger Ailes helped lead to his ouster, tweeted Sunday, “Is it ‘playful’ to touch one’s employees’ legs & kiss them on the lips against their will? Bc better men than A Cuomo have been fired for that.”

White House press secretary Jen Psaki said, “There should be an independent review looking into these allegations.” She said that’s something President Joe Biden supports “and we believe should move forward as quickly as possible.”

The furor over the sexual harassment allegations comes amid a new round of criticism over Cuomo’s leadership style and actions his administration took to protect his reputation as an early leader in the nation’s coronavirus pandemic.

Cuomo had won praise as a strong hand at the helm during last spring’s crisis of rising case counts and overflowing morgues. His book, “American Crisis: Leadership Lessons from the COVID-19 Pandemic,” was published in October.

But in recent weeks his administration was forced to revise its count of COVID-19 deaths in nursing homes following criticism that it had undercounted the fatalities to blunt accusations that some of his administration’s policies had made the situation in the homes worse.

James fueled some of that criticism by issuing a report that raised questions about whether the Cuomo administration had undercounted deaths.

Cuomo was also criticized after a state Assembly member went public with a story of being politically threatened by Cuomo over comments he made to a newspaper about the governor’s coronavirus leadership. Cuomo said his comments were being mischaracterized.

Now, his support is eroding faster.

“Lindsey Boylan and Charlotte Bennett’s detailed accounts of sexual harassment by Gov. Cuomo are extremely serious and painful to read,” U.S. Rep. Alexandria Ocasio-Cortez said on Twitter Sunday. “There must be an independent investigation — not one led by an individual selected by the Governor, but by the office of the Attorney General.”

A group of more than a dozen Democratic women in the state Assembly said in a statement: “The Governor’s proposal to appoint someone who is not independently elected, has no subpoena authority, and no prosecutorial authority is inadequate.”

In 2020 Cuomo was named one of the People’s Sexist Men Alive as well as one of the most “desirable man in New York City.  Cuomo is divorced. He split from his longtime girlfriend, author and former Food Network and best selling cookbook author Sandra Lee in 2019. He was previously married to Kerry Kennedy for 13 years.