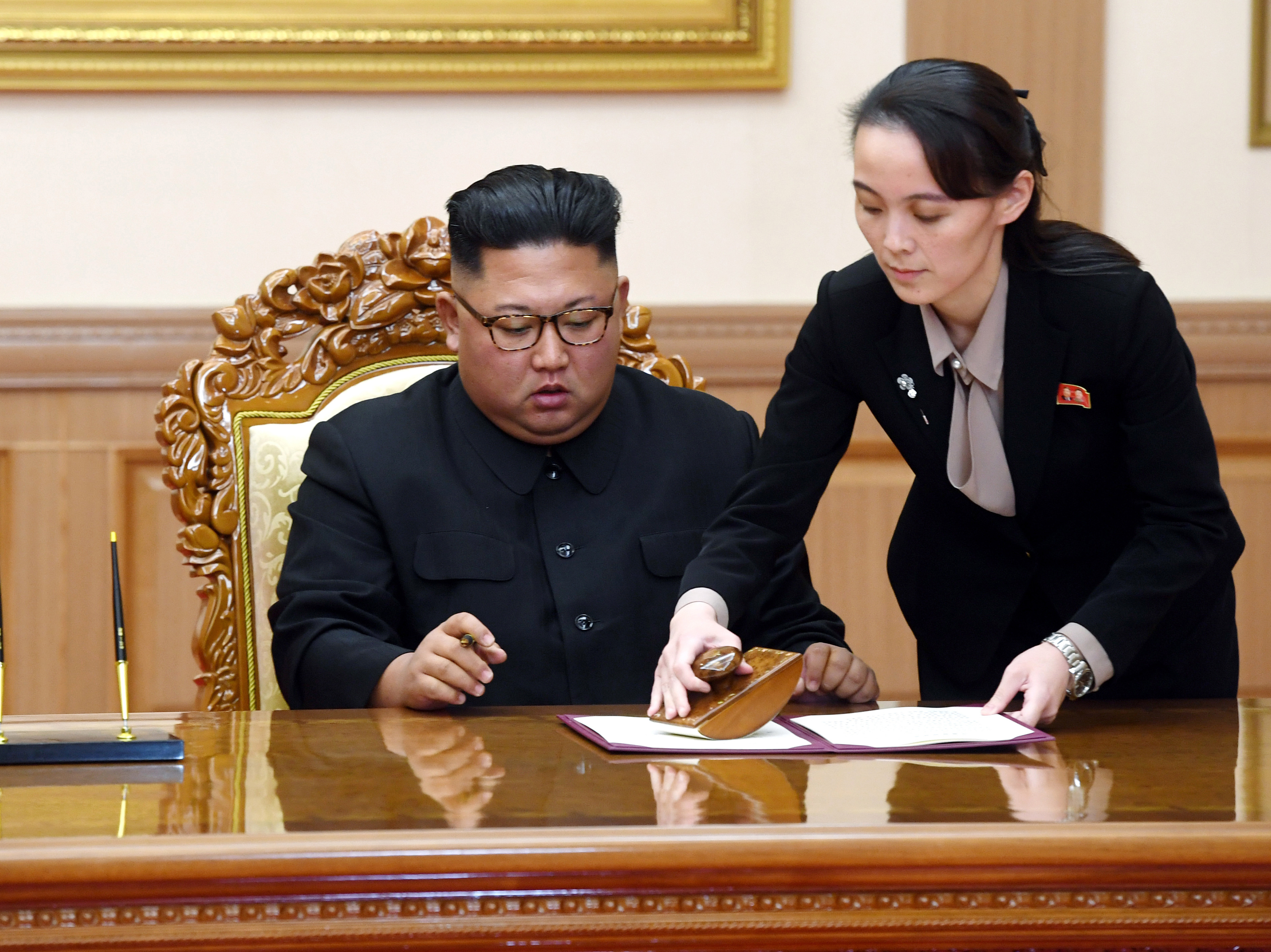 NORTH KOREA (March 16, 2021)—on the eve of  the US Secretary of State’s and Secretary of Defense’s  visit  to Japan and South Korea, Kim Jo Yong, the powerful sister of the North Korean leader, has threatened to scrap inter-Korean co-operation as she condemned ongoing military drills between South Korea and the United States, and cautioned the US against “causing a stink” if it wants peace, state media reported on Tuesday.

The statement comes a day before America’s top diplomat and defence chief, who are currently in Japan, are scheduled to arrive in Seoul.

“We take this opportunity to warn the new US administration trying hard to give off powder smell in our land,” Kim said in a statement carried by state news agency KCNA. “If it wants to sleep in peace for coming four years, it had better refrain from causing a stink at its first step.”

US Secretary of State Antony Blinken and Defense Secretary Lloyd Austin are expected to focus on foreign and security policy, during their time in northeast Asia.

The timing of Kim’s comments – the first direct address to the new US administration since Biden took office in January – seems designed to ensure that North Korea will be at the top of  Secretary of State Blinken and Secretary of Defense Austin’s agenda when they land in Seoul, said Ramon Pacheco Pardo, a Korea expert at King’s College London.

“Until now, the discussion was focusing on The Quad, dealing with China and the North Korea policy review,” he said. “Now Kim’s statement will be central to discussions.”

North Korea has so far rebuffed US calls for dialogue, the White House said on Monday, as the chill in relations that began under previous President Donald Trump extended into Joe Biden’s presidency.

Leader Kim Jong Un had three high-profile summit meetings with Trump and exchanged a series of letters but relations broke down over the North’s insistence that sanctions be dropped as a prerequisite for denuclearisation.

In Washington, DC, State Department spokesman Ned Price said the Biden administration was conducting a “thorough” review of US policy towards North Korea, and that it was continuing to solicit input from Japan and South Korea.

“We’ve listened carefully to their ideas, including through trilateral consultation,” Price said. The review is expected to conclude in a few weeks.

South Korea and the United States agreed to conduct a nine-day joint military exercise starting on March 8, according to local news reports. Drills were limited to computer simulations due to the  coronavirus pandemic as well as the ongoing efforts to engage with the North.

“War drills and hostility can never go with dialogue and cooperation,” state media quoted Kim Yo Jong as saying.

The joint drills have long been a source of anger for Pyongyang and the country called for them to be scrapped at a rare party congress in January.

Kim warned that inter-Korean engagement could be at risk if the South became “more provocative” singling out the inter-Korean military agreement, which was signed in September 2018, as well as a Workers Party body that focuses on improving cross-border cooperation.

Last year, Pyongyang blew up the inter-Korean liaison office in the border town of Kaesong blaming the move on anti-Pyongyang leaflets sent over from the South. In 2019, it carried out a series of missile tests.

Kim Yo Jong’s statement, as colourful as it is, is generally consistent with past North Korean statements expressing frustration at what Pyongyang sees as the disparities between the US’s diplomatic push and what it actually does, Jenny Town, the director of the Stimson Center’s 38 North, told the Reuters news agency.

“How despite the agreements in place, positive actions, especially on the inter-Korean agenda, have been too few while actions that reinforce the ‘old’ adversarial relationship persist,” she said.