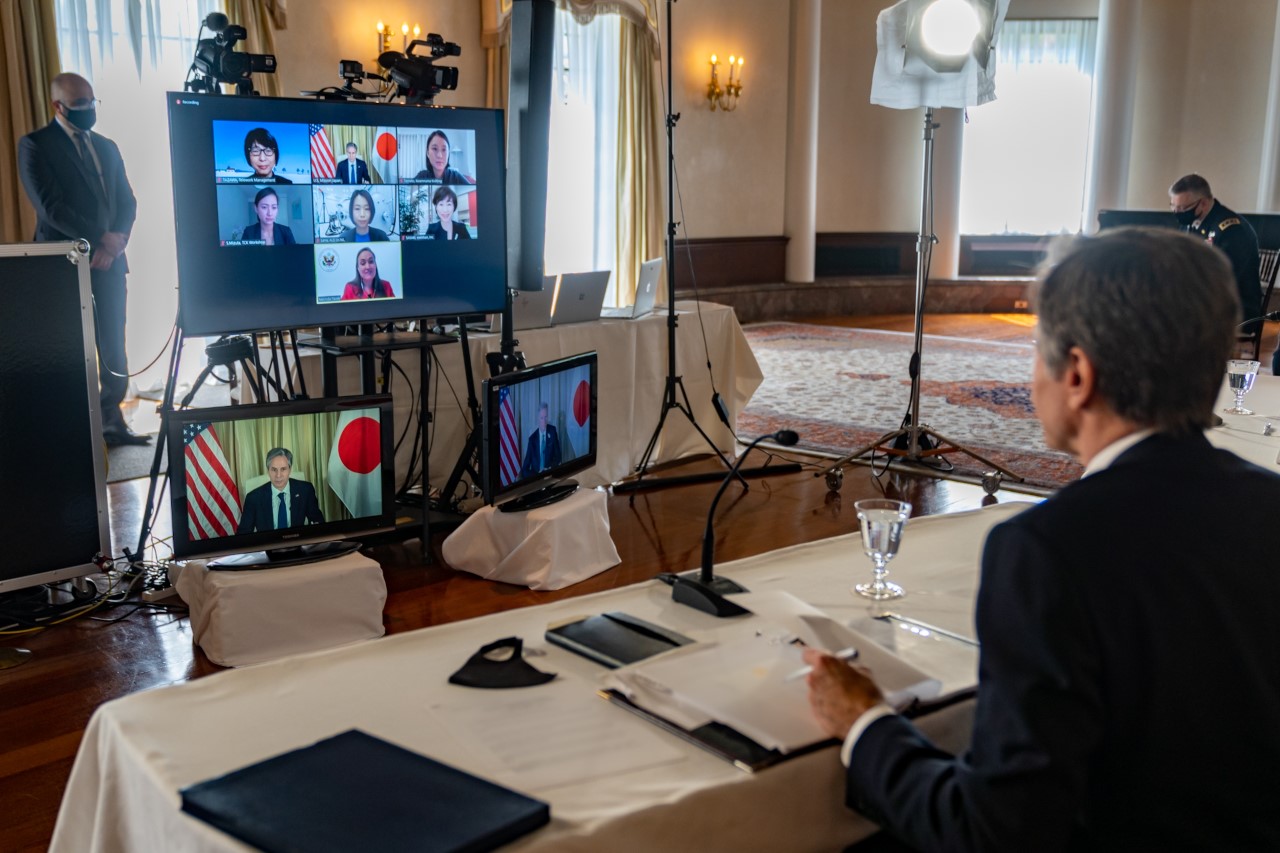 JAPAN (March 16, 2021) Secretary Anthony J. Blinken released a transcript of his Virtual Meeting With Japanese Women Entrepreneurs. The Secretary is on travel to Tokyo, Japan, March 15-17 to reaffirm the United States’ commitment to strengthening our alliance and to highlight cooperation that promotes peace, security, and prosperity in the Indo-Pacific and around the world.

“Secretary Blinken will meet virtually with business leaders to highlight the importance of U.S.-Japan economic ties and shared priorities, such as addressing climate change, securing supply chains, promoting and protecting emerging technologies, fostering digital trade, and recovering from COVID-19. He will have a virtual discussion with women entrepreneurs on the challenges that women face in building successful businesses. Secretary Blinken will also host a virtual roundtable with emerging Japanese journalists to discuss the future of the U.S.-Japan Alliance, the role of a free press in promoting good governance, supporting human rights, and defending democracy, and the widespread benefits of advancing gender equity and opportunities for women worldwide.”

A Strong Alliance Based on Shared Values

The Steadfast Friendship of the American and Japanese People

Economic Ties that Benefit the American and Japanese People

SECRETARY BLINKEN: Joe, thank you very, very much, and Melinda, thanks to you as well for bringing all this together. It’s wonderful to be with all of you. And I’m especially glad to make this one of my first conversations here in Japan, because entrepreneurs like you have a critical role to play in building dynamic, innovative economies that create opportunities for people – which is, after all, what this is all about.

The economic relationship between the United States and Japan is powerful and vital, I think, for both of our countries. We’re top trading partners, as you know. We’re top investors in each other’s economies. And of course, we now have over 900,000 Americans whose jobs are tied to Japanese investment.

Entrepreneurs like you, I think, are central to that effort. We’ve got to make sure that our policies, that our investments support and develop entrepreneurs, who are often a powerful engine for economic growth and job creation, but specifically women entrepreneurs. You have the drive, the talent, the commitment to start and grow businesses, but often you don’t get the same opportunities or the same support that men receive. When we tear down barriers that are holding women back, we make economies stronger for everyone.

And that’s the spirit that I hope we can have a good conversation today. I’m really here to listen, to learn from your own experiences, your own ideas, and I’m eager to hear you. Thank you.