The Senator’s letter read “On January 20th, in one of the first official acts of his presidency, Joseph Biden suspended border wall construction and ordered a freeze of funds provided by Congress for that purpose.”

The letter continued “In the weeks that followed, operational control of our southern border was compromised and a  humanitarian and national security crisis has ensued,  The  President’s actions directly contributed to this unfortunate, yet entirely avoidable, scenario.”

The letter further read that the President committed “blatant violation of federal law and infringe on Congress’s constitutional power of the purse. ”

In addition the Senators believe that Biden’s actions may have “violated the Impoundment Control Act (ICA), as interpreted by your office, and we request your legal opinion on the matter.” 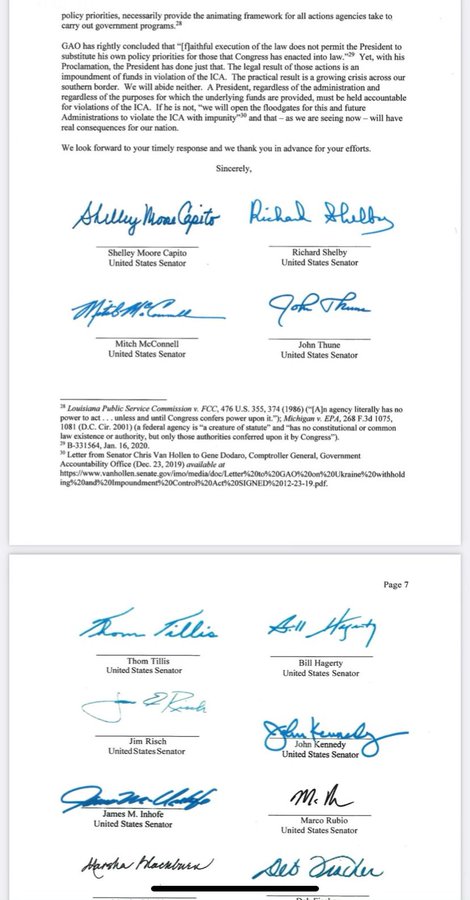