Sex Abuse Trial of An Altar Boy At The Vatican 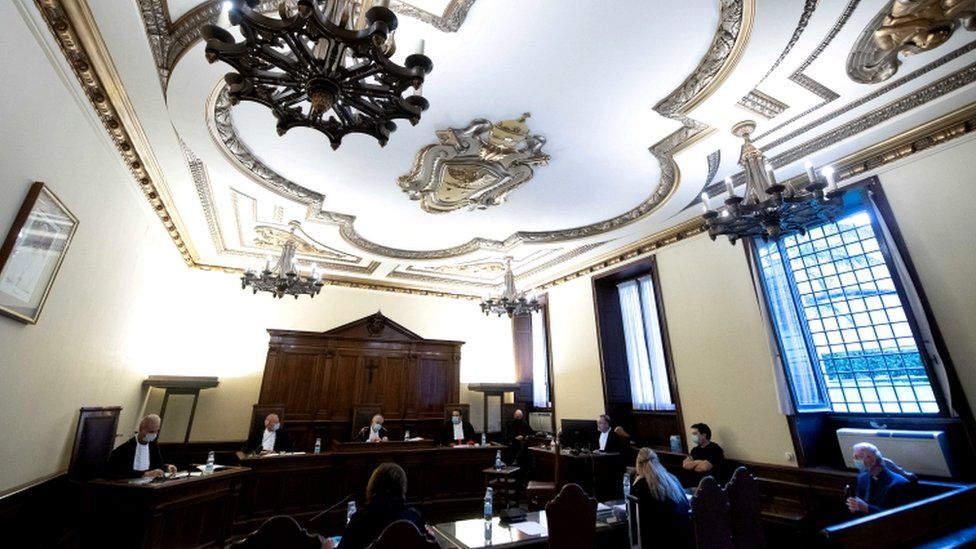 ROME (March 18, 2021)– Catholic priest are leaving the  Vatican as an  altar boy testified that an older seminarian would come into his bed at night to perform a sexual act on him in the Vatican’s youth seminary, saying his initial shock gave way to resignation because he feared being sent home.

Accuser L.G. testified for the first time Wednesday in the Vatican’s criminal courtroom, in the first-ever case to go to trial alleging sexual abuse within the Vatican walls — among the altar boys who serve at papal Masses in St. Peter’s Basilica.

Martinelli has denied he molested L.G., saying the allegations were unfounded, implausible and the fruit of “jealousy” because he was eventually ordained a priest. Radice has denied knowing anything about abuse, or impeding the probe.

The St. Pius X seminary, in a palazzo inside the Vatican gardens, houses boys aged 12-18 who serve as altar boys at papal Masses. The scandal erupted in 2017 when former altar boys went public with allegations of misconduct by Martinelli and cover-up by the seminary superiors.

In previous hearings, former seminarians have described a toxic, homophobic atmosphere in the closed world of the seminary, where some boys were bullied and the priest superiors did little to protect them.

During three hours of testimony Wednesday, L.G., said Martinelli first began molesting him a few months after he arrived in the seminary in 2006 as a 13-year-old from a small town in northern Italy. He testified it was his first sexual experience, and that it was a “shock” that he didn’t understand and that he felt “paralyzed.”

“Martinelli would slip into my bed at night,” he testified. “For me it was a very strange thing: I was young and I had never entered into the world of sexuality. At home or in my town, I had never heard of sex. I felt a sense of confusion, I didn’t understand what was happening.”

He said he eventually resigned himself to Martinelli, and that he experienced a sense of disassociation from his body when Martinelli, who was seven months older and a more senior seminarian, would touch him. He said he tried to bang on the walls or slam drawers to make him go away, and that his roommates either slept through the commotion or pretended to.

After he left the seminary, he sought out the bishop of Como, who is responsible for the youth seminary, and provided more information. But he said he never received a reply to his request for funding to pay for therapy.

The trial was supposed to continue with an onsite visit to the seminary Thursday, but because of the coronavirus pandemic the trial judges said they would make do with photos.