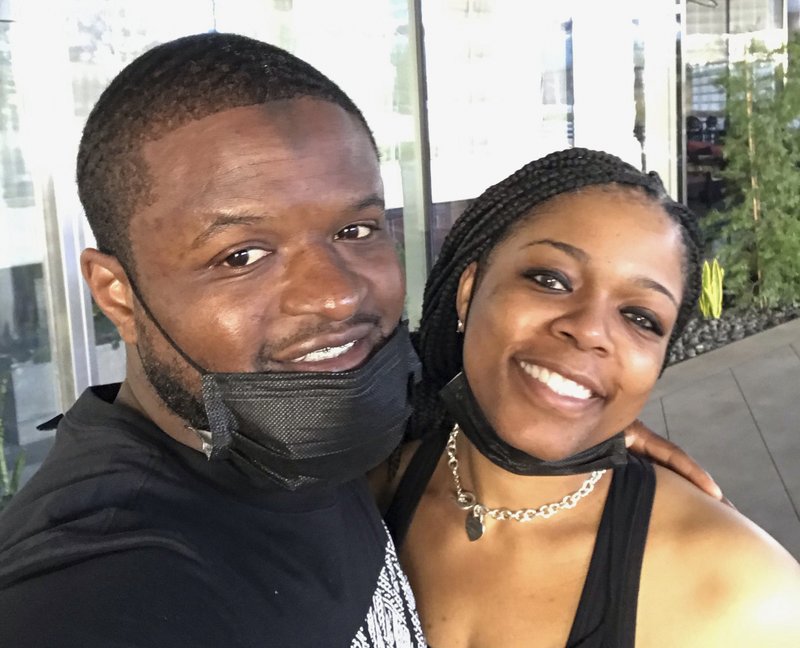 PHILADELPHIA (MArch 18, 2021) — Donald Outlaw discovered 15 years later that justice is not equal.  Outlaw had already served 15 years in prison for murder when he found out the man he was convicted of killing had told police with his dying breath that someone else named “Shank” had shot him.

Outlaw filed a federal lawsuit Wednesday against the city of Philadelphia and the two detectives who investigated the killing of Jamal Kelly in 2000. The lawsuit is just the latest example of justice now being sought over faulty or crooked police investigations and prosecutions in the city from decades before.

Outlaw’s attorneys allege the city and its police department turned a blind eye to unconstitutional practices by homicide detectives — withholding evidence that indicated someone else’s guilt and intimidating and paying witnesses to provide false statements — that hampered Outlaw’s ability to get a fair trial and violated his civil and constitutional rights.

“Mr. Outlaw’s wrongful incarceration was the direct result of egregious misconduct by Defendants,” his attorneys wrote in the lawsuit filed in the U.S. Eastern District of Pennsylvania.

“Defendants improperly used their power and position to coerce witnesses into making false statements and identifications, and to offer sworn testimony that they knew to be false,” the attorneys wrote. “Defendants also withheld exculpatory evidence that would have demonstrated Mr. Outlaw’s innocence and deliberately disregarded information and evidence that would have demonstrated flaws in the case against him.”

At Outlaw’s trial in 2004 — four years after Kelly was killed — the victim’s dying declaration that “Shank” did it was never disclosed. Statements from four witnesses who had recanted or said they signed but never read the officers’ written statement were still read to jurors, with prosecutors claiming Outlaw had intimidated them out of testifying, Outlaw’s attorneys said.

In addition to the city, the lawsuit names the two detectives, Jeffrey Piree and Howard Peterman. Outlaw’s attorneys say Piree investigated the cases of three other men exonerated in recent years by the conviction integrity unit of the Philadelphia prosecutor’s office.

A city spokesperson said city officials had not seen the lawsuit and could not comment, but confirmed that both detectives were “not current city employees.” A phone call to a listing for Piree went unanswered, and a message left at a listing for Peterman was not immediately returned Wednesday.

Twenty-one people have been exonerated in Philadelphia since the end of 2016, 18 of whom were released after investigations by the conviction integrity unit since 2018, when District Attorney Larry Krasner took office.

Several other exonerated men have filed claims of withheld exculpatory evidence, coercion of witnesses and intimidation that led to false statements.

After years of appeals, Outlaw’s attorneys with the Pennsylvania Innocence Project persuaded the court to open a file that included the dying declaration and a letter from a witness saying he had hoped to be released from incarceration in exchange for his testimony.

Outlaw’s wife, Monique Solomon-Outlaw, also posted fliers asking anyone with information to come forward. That was more than 15 years after the shooting, but a witness did come forward saying she saw someone else fire the fatal shots.

That new witness testified in 2019 with another witness from the first trial, who recanted his testimony and described how detectives had helped him concoct the story against Outlaw. A judge freed him on bail.

At first, prosecutors planned to retry Outlaw. But other prosecutors in the integrity unit decided there was not enough evidence, and the case was dropped.

Outlaw, who declined to be interviewed about the lawsuit, has been working with the Philadelphia Anti-Drug/Anti-Violence Network, said his attorney Josh Van Naarden, a founding partner at VSCP Law.

The lawsuit seeks compensation for the time spent in jail — the missed chance at educational, personal and life experiences. Pennsylvania is one of about 15 states that don’t have formalized compensation programs for people exonerated and freed from prison.

Philadelphia has also seen more civil lawsuits over wrongful incarceration. At the end of last year, the city had paid out more than $35 million over three years, including a $9.8 million settlement with a man freed after spending more than three decades behind bars for a murder he did not commit.