The US Strongly Condemned The Terrorist Attack In Northern Mozambique 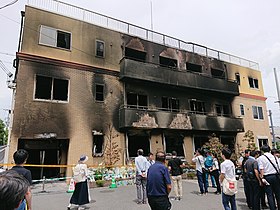 CITY OF WASHINGTON, D.C. (March 26, 2021)—the United States strongly condemns the terrorist attacks and violence against civilians in Cabo Delgado province in northern Mozambique. The attacks show a complete disregard for the local population, which has suffered tremendously because of the terrorists’ brutal and indiscriminate tactics. We call for an immediate end to the violence and for those responsible to be held accountable to the full extent of the law.

The United States remains committed to working with the Government of Mozambique to counter terrorism and violent extremism and ensure security and prosperity for all its citizens and residents. Our thoughts are with the people of Mozambique as they confront this crisis.

On April 7, 2020  Mozambique  police say 52 male villagers  were killed by Islamist militants.  The attack occurred in Xitaxi, Muidumbe District, Cabo Delgado Province,  after they refused to join their ranks.

On November 2020, Militant Islamists behead at least 50 people in several villages in Cabo Delgado Province. In addition, the insurgents burned homes and kidnapped  women during their raids.  United Nations Secretary General Antonio Guterres expressed his shock and condemned the “wanton brutality” of the massacres.

Photo: The remains of Kyoto Animation Studio 1 after being set alight by an arsonist. in 2020.