Major League Baseball Cancels Atlanta All-Star Game May Not Be A Bad Decision: Ratings Are Down

ATLANTA, GA (April 2, 2021)—today Commissioner of Baseball Robert D. Manfred, Jr. issued a state regarding the 2021 All-Star Game “Over the last week, we have engaged in thoughtful conversations with Clubs, former and current players, the Players Association, and The Players Alliance, among others, to listen to their views.”

“I have decided that the best way to demonstrate our values as a sport is by relocating this year’s All0Star Game and MLB Draft.”

“Major League Baseball fundamentally supports voting rights for all Americans and opposes restrictions to the ballot box.” In 2020, MLB became the first professional sports league to join the non-partisan Civic Alliance to help build a future in which everyone participates in shaping the United States.  But the MLB did not quote the Georgia’s Election Law directly.

The MLB did not provide any data to support its decision to remove the All-Star Game. 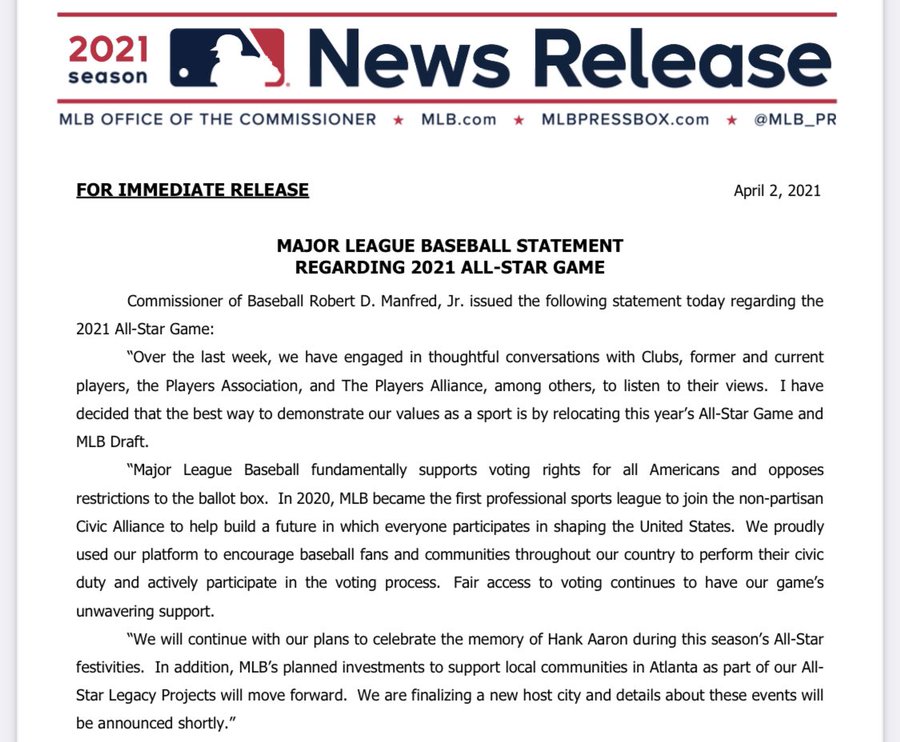