Shots were fired at U.S. marshals and police as they tried to arrest Gary Creek at a Sandy Springs apartment complex, U.S. Marshals Service spokesperson Frank Lempka told The Atlanta Journal-Constitution. Police entered the home about three hours later and found Creek dead, according to officials.

The Baltimore office of the Bureau of Alcohol, Tobacco, Firearms and Explosives tweeted that Creek “deceased from apparent self-inflicted gunshot wound in Atlanta after hostage situation.”

Federal officials requested an arrest warrant Friday when Creek, 39, failed to surrender after he was named in a racketeering indictment.

He and 14 other members or associates of the Triple-C gang were indicted in connection with 18 killings, 27 attempted killings and the operation of street-level drug distribution “shops” in Baltimore, the U.S. attorney’s office in Maryland announced Thursday.

Alleged charges included –the gang with conspiring to distribute narcotics and possess firearms to further their drug-trafficking business. Charges also alleged that the gang members  participated in a racketeering conspiracy.

“The Cruddy Conniving Crutballs, also known as “CCC” or “Triple C,” formed around 2014 as an alternative to the Black Guerrilla Family gang, according to the indictment.”

“CCC’s “rules of conduct” include having access to firearms, providing firearms to other members, and enhancing their statuses — or “earn[ing] their C” — through acts of violence such as killing other drug dealers or taking on contract killings, according to the indictment.”

Creek was the last one not in custody as of Friday. 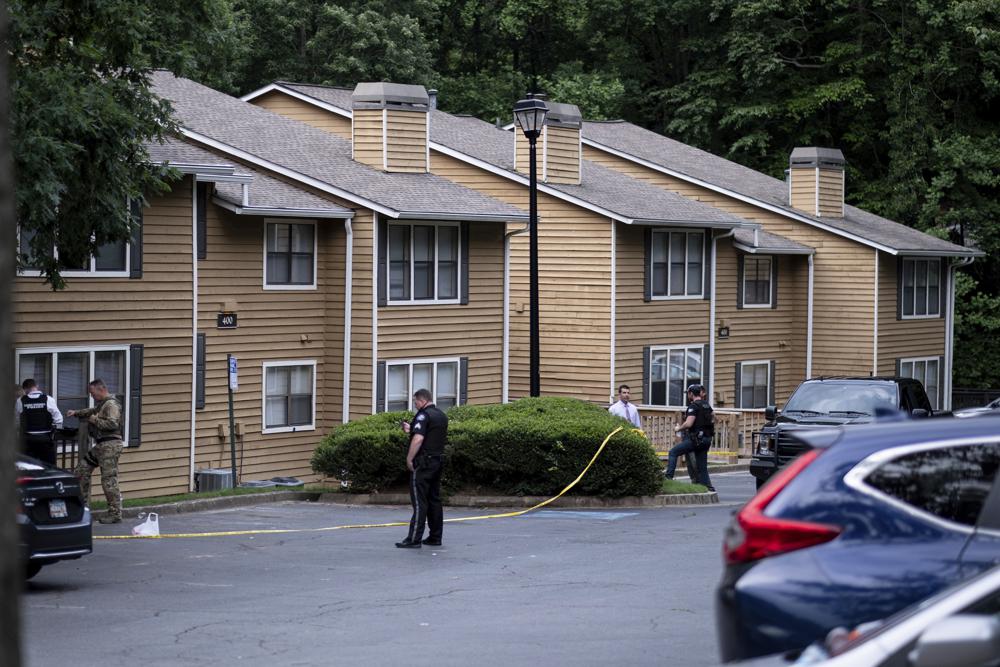 another gang. They said the gang’s shops sold heroin, fentanyl, crack cocaine, marijuana and other controlled substances, and that members were involved in witness intimidation, shootings and the killings of rival gang members.

Creek was charged in a 2019 federal criminal complaint with being the primary supplier of drugs to the gang and other drug trafficking organizations. He was released to home confinement in May 2020 as COVID-19 cases spiked in the Washington, D.C., jail where he was being held.

Sandy Springs police determined that Creek had hostages inside the apartment on Tuesday afternoon, and a SWAT team reported to the scene. The Sandy Springs apartment complex is about 20 miles (32 kilometers) north of downtown Atlanta.

The hostages were Creek’s girlfriend, who wasn’t identified, and two children ages 2 and 6, Lempka told The Atlanta Journal-Constitution. Authorities said they were released safely and no officers or bystanders were hurt. It was unclear whether his girlfriend was a resident of the apartment complex.