The figures show the number of coronavirus cases per 100,000 people in the seven days up to and including 5 June, with the week before shown in brackets for comparison.

The breakdown of the figures by local authority area is:

For comparison, the figure for England is 47.5.

While the number of new COVID cases reported each day globally is declining—at an average of roughly 400,000 daily, less the half the figure reported in late April—the virus, in its many variant forms, continues to test governments worldwide. As of June 8, 2.2 billion COVID shots had been given globally, according to Our World in Data, and 932.4 million people, or about 12.0% of the globe’s population, had received at least one vaccine, wrote Fortune. 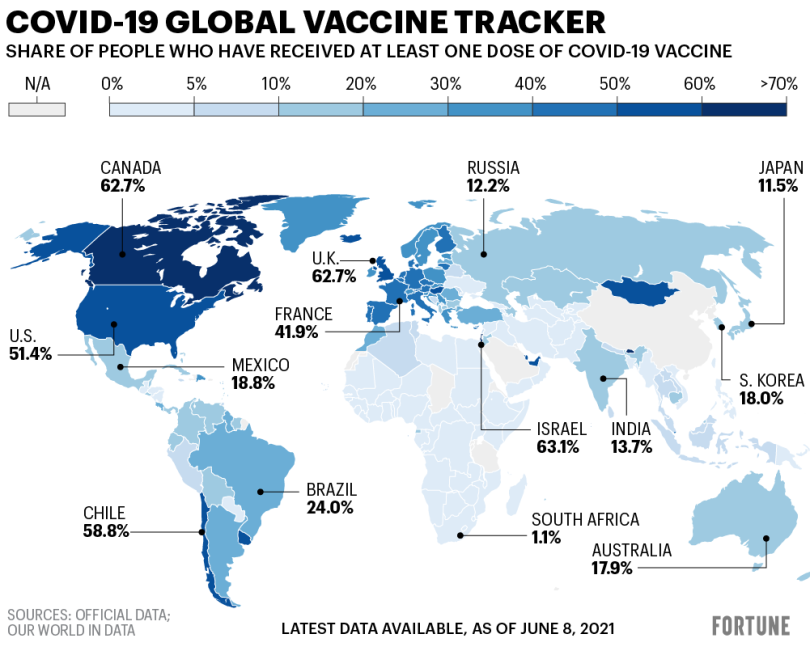 “Some of the countries with large proportions of their citizens already vaccinated are nonetheless struggling with a surge in new COVID cases; the  Seychelles with 71.9% of its population vaccinated, as well as Mongolia, which has reached 57.5% of its residents with at least one vaccine, and Bahrain, which has reached 59.4%, have all recently seen spikes in new infections in their countries. The trend has caused some to worry over the effectiveness of China’s Sinopharm COVID vaccine, which has been used in all those countries.”