(July 1, 2021)— thirty Governors wrote President Joe Biden a letter to “oppose any attempt to increase the number of Justices on the Supreme Court.  The Governor’s letter read “in short, “court packing”—or increasing the number of Justices to manipulate the Court’s decisions–would be unprecedented unproductive,, and unpredictable.   “The highest court in our land has seated nine justices for more than 150 years and has persisted through out our nation’s history, dispensing justice even when faced with landmark, controversial decisions, the letter further read.

President Biden signed an Executive Order last spring to form the Presidential Commission on the Supreme Court to explore reforming the Court.  The Commission held it’s second meeting to consider packing the court.  The governor’s “urge Biden to withdraw this proposal for consideration.”  They argued  that “legal scholars from across the country and on both sides of the political aisle agree that court packing will breed perpetual court packing–it will never be enough.”

“Each partisan shift will result in seats added to the Court until the Court has lost not only its independence, but its authority,” the governors further argued. 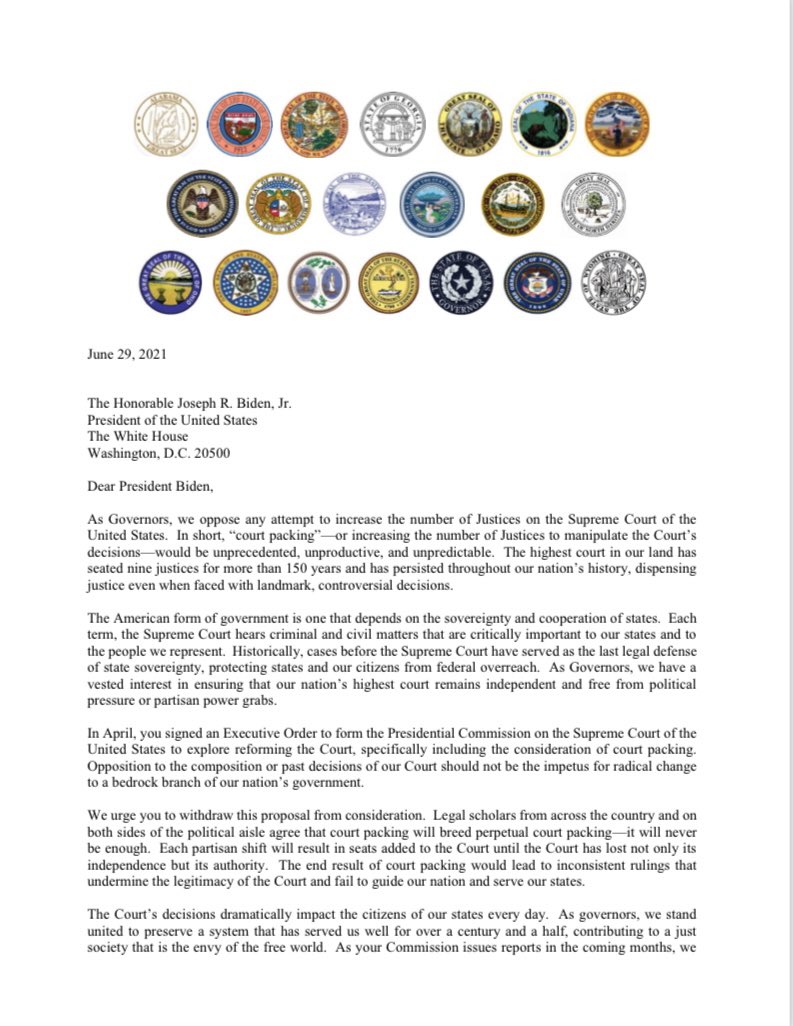 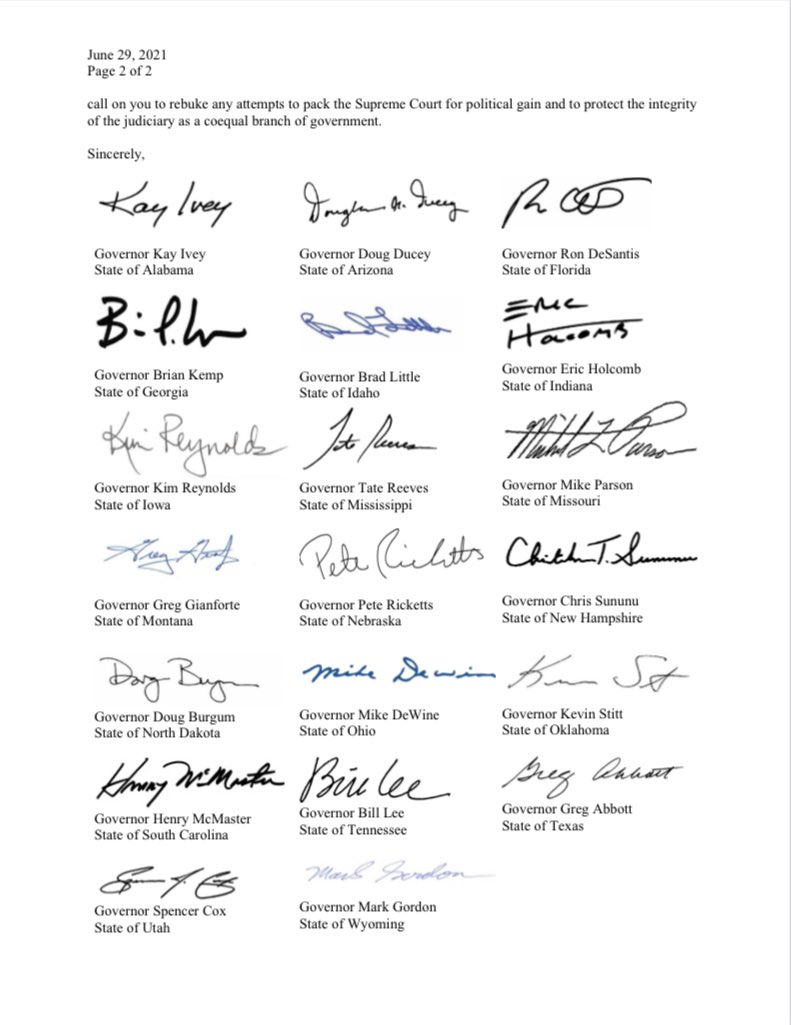