Prince Harry and Prince William Unveiled A Statue Of Their Mother, Princess Diana, On What Would Have Been Her 60th Birthday.

“Today, on what would have been our Mother’s 60th birthday, we remember her love, strength and character – qualities that made her a force for good around the world, changing countless lives for the better.

Every day, we wish she were still with us, and our hope is that this statue will be seen forever as a symbol of her life and her legacy.
Thank you to Ian Rank-Broadley, Pip Morrison and their teams for their outstanding work, to the friends and donors who helped make this happen, and to all those around the world who keep our mother’s memory alive.
— Prince William and Prince Harry”

“The Duke of Cambridge and the Duke of Sussex have jointly paid tribute to their mother Diana, Princess of Wales, after unveiling her statue, saying: ‘Every day, we wish she were still with us, and our hope is that this statue will be seen forever as a symbol of her life and her legacy.”

The statue had been covered in a dark green cloth as the brothers arrived – they were chatting to one another as they did so.

The Sunken Garden was tranquil and calm and only Diana’s sons, her siblings and those in charge of the statue’s design were there to watch as the brothers pulled away the cover.

Kensington Palace said that William and Harry wanted the statue to “recognize her positive impact in the UK and around the world” and they also hope it will “help future generations understand the significance of her place in history”. 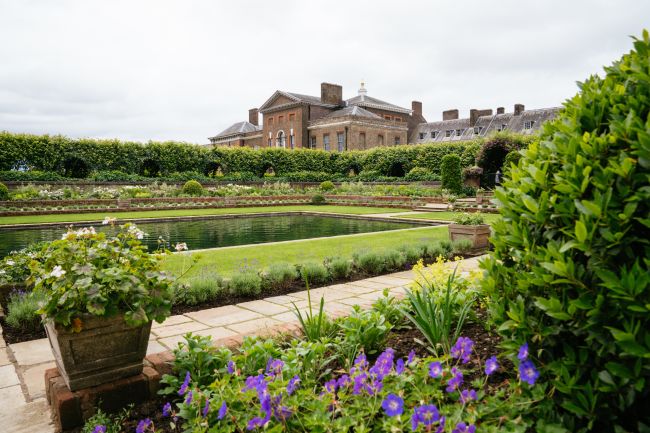 With the short and private event over – where only the very minimal number of cameras were present – Kensington Palace said that the brothers hoped the statue captures their mother’s “warmth, elegance and energy” as well as the “impact she had on so many people”.

When it opens to the public, people will be able to see the statue for themselves and remember the contribution this woman made to the country and to the Royal Family in her 36 years of life.

Prince Harry arrived in England last week to quarantine in time for the statutes revealing.