LONDON (July 13, 2021)—   The Hamilton Commission, which launched in June 2020, set out to identify the key barriers to the recruitment and progression of Black people in UK motorsport. The report, published today, provides ten recommendations which aim to address the issues limiting Black students’ progression into engineering careers, as well as barriers within the motorsport industry.

The Commission is co-chaired by seven-time Formula One World Champion Sir Lewis Hamilton MBE – the most successful driver of all time – with Dr Hayaatun Sillem, Chief Executive of the Royal Academy of Engineering.

Professor Maggie Dallman, Imperial’s Associate Provost (Academic Partnerships) and Vice President (International), serves on the Hamilton Commissions Board of Commissioners, along with other industry leaders and experts from fields such as motorsport, engineering, education, community groups and politics.

The UK is at the forefront of global motorsport – home to seven out of ten Formula 1 teams.

Imperial is integral to this UK and international success story, with many alumni playing key roles in the sport and Imperial engineering advances, such as downforce ground effects, redefining racing.

Engineering roles are the largest single group of occupations in motorsport, involved in the design, manufacture and maintenance of cars, and the Commission’s research focused on the talent pipeline for Black students entering motorsport through engineering.

Systemic factors in wider society are also acknowledged in the report, which calls for a fund to address the factors that contribute to the high proportion of students from Black backgrounds being excluded from schools, piloting new approaches to increase the number of Black teachers in STEM subjects and additional STEM activity support to be provided to supplementary schools led by Black community groups across the UK.

Lewis Hamilton said: “Given the right opportunities and support, young people can excel at whatever they put their minds to, but our research shows that many young Black people are being closed out of opportunities within STEM and having their full potential limited. While I have enjoyed a successful career in motorsport, it’s been a lonely path as one of the few Black individuals within Formula 1 and, after fifteen years of waiting for the industry to catch up, I realised I had to take action myself.

“In order to do that, I needed to understand what was preventing the industry from being as diverse as the world around it. Through the Commission’s research, we can see there are clear meaningful steps the motorsport industry needs to take towards creating a more inclusive environment where diversity can thrive but also that we must tackle the barriers facing Black students that exist throughout their educational journey. Some of these barriers I recognise from my own experiences, but our findings have opened my eyes to just how far reaching these problems are. Now that I’m armed with the Commission’s recommendations, I am personally committed to ensuring they are put into action. I’m so proud of our work to date, but this is really just the beginning.” 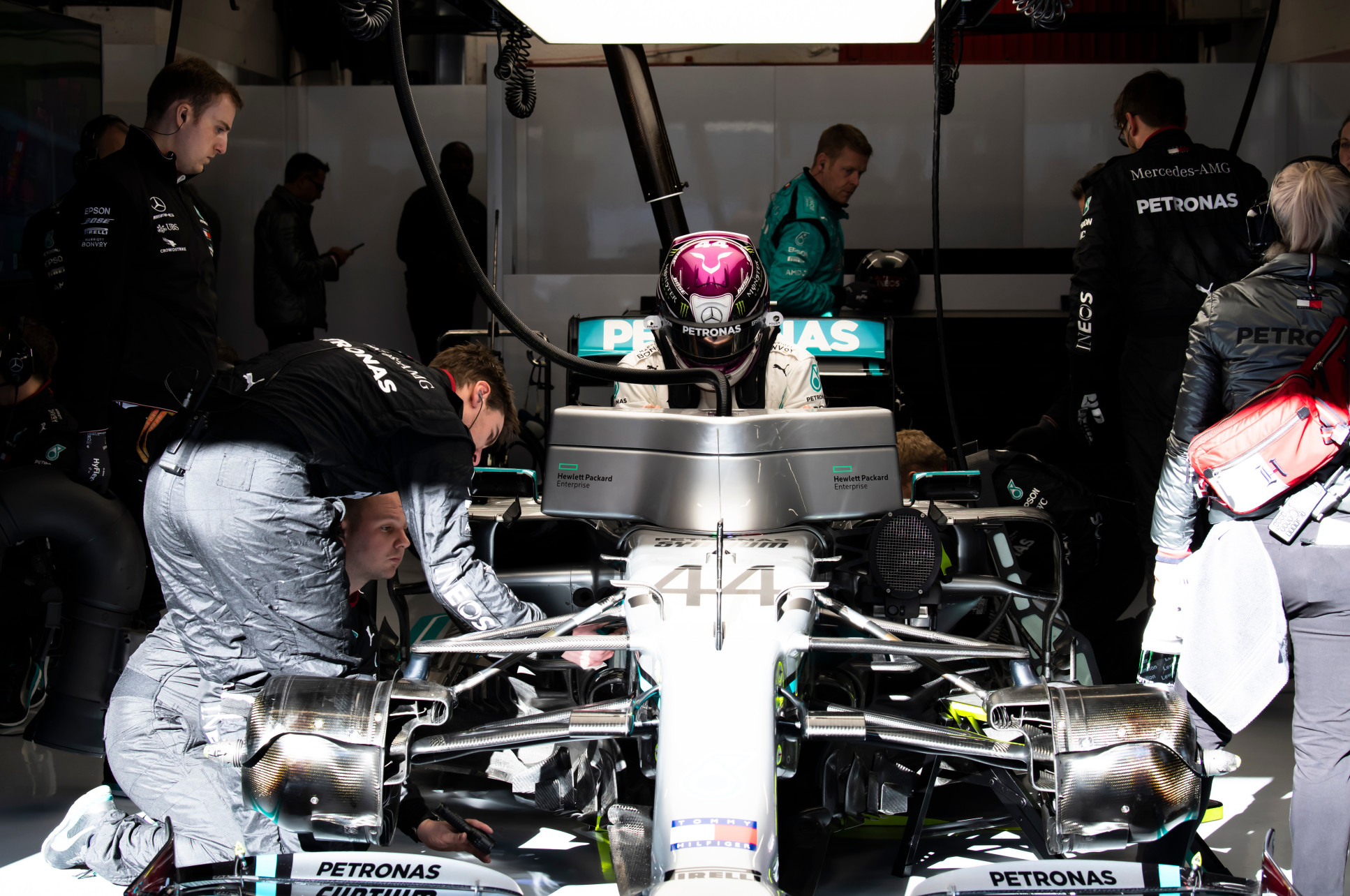 Professor Maggie Dallman said: “Motorsport depends on talented, driven engineers but for too long Black people have been cut off from opportunities in the industry. Sir Lewis Hamilton rightly identifies that inspiring, empowering and supporting Black people across schools, universities, and the sport is essential if we are to create meaningful change. Sir Lewis’ passion and determination to make a difference are compelling and Imperial College London supports this vital work to improve inclusion, which is essential for UK engineering and the future success of British motorsport.”

Dr Hayaatun Sillem said: “Engineers shape the world around us – enhancing almost every aspect of our everyday lives from the sport and entertainment we enjoy, to technologies that keep us connected to our family and friends – and it is therefore imperative that they better reflect the diversity of the society they serve and that engineering careers are open to all. The ten recommendations in the Hamilton Commission report are targeted at making that a reality for motorsport – a highly visible sector that depends critically on a technical workforce – and we look forward to working with Lewis and our partners to accelerate the pace of change.”

Imperial has long been a driving force for talent and innovation in Formula one. In the 1960s, when the importance of aerodynamics in Formula One racing was becoming more widely appreciated, the department became involved in much of the pioneering work in this field – including pivotal wind-tunnel testing for Donald Campbell on his Bluebird record breaking car.

The addition of a moving floor to the wind tunnel led to far more accurate testing of road vehicles and it was here that Peter Wright would develop and test the Lotus 78 – the first successful ground effect car winning numerous races in the 1977 season.

A contract from Honda in the 1980s enabled the department to build a substantially larger wind tunnel, the Honda 10×5 Tunnel, optimised for race-car testing and used by Professors John Harvey and Peter Bearman to study road vehicle aerodynamics. Professor Bearman’s research determined that small geometry changes could have a very significant effect on drag, which has led to improved lap times and a more competitive race environment.

Since then the wind tunnels at Imperial have been used by many major Formula One teams including McLaren, Williams and Ferrari. The governing body of Formula One, the FIA, commissioned a program of testing at the Imperial wind tunnel to determine how downforce and drag are affected during an overtaking manoeuvre.

Recent research carried out into flow control techniques and the development of cutting-edge numerical and experimental methods has allowed specific and significant improvements in the aerodynamic design of Formula One racing cars.