TEXAS (July 16, 2021)-today a federal judge in Texas ruled a heavy blow against DACA.  Judge Andrew Hanen ruled that “DHS violated the APA with the creation of DACA and its continued operation.  Judge Hanen  ruled DACA unlawful, saying that in 2012, then President Barack Obama exceeded his authority when he created the program by executive order. The program has shielded hundreds of thousands of undocumented young adults from deportation.

The  injunction on Friday ordered the Biden administration to cease accepting applications to the Deferred Action for Childhood (DACA) Arrivals program.

The Department of Homeland Security “violated the [Administrative Procedure Act] with the creation of DACA and its continued operation,” Judge Andrew Hanen of the U.S. District Court for the Southern District of Texas wrote in a ruling on Friday. “The DACA memorandum and the DACA program it created are hereby vacated and remanded to the DHS for further consideration.”

Hanen temporarily vacated the order with regard to more than 600,000 current DACA recipients, meaning people currently enrolled in the DACA program will not have their status affected until a further court ruling. While people may continue to submit DACA applications, Hanen ordered the Biden administration to cease approving new applications. 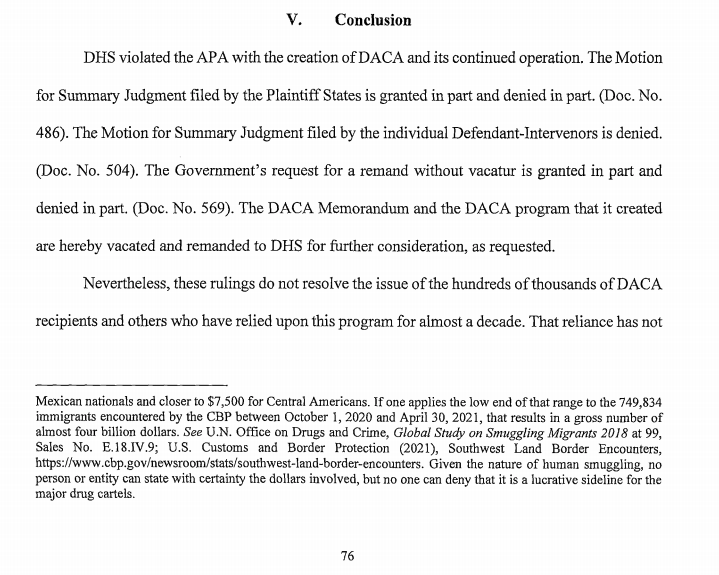 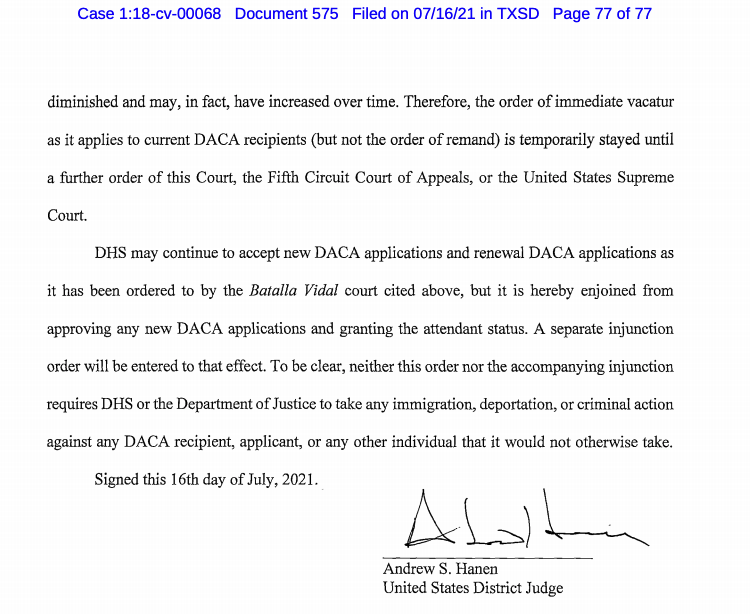