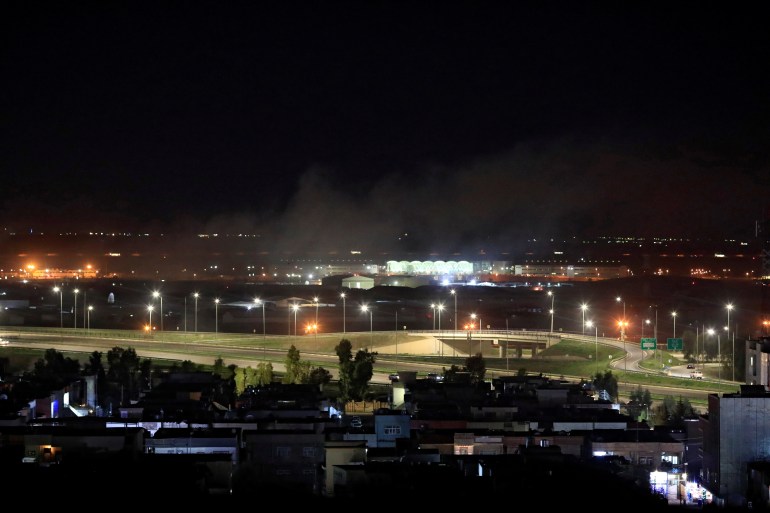 WASHINGTON, D.C. (February 15, 2021)—today a rocket attack occured at a U.S.-led military base in Kurdish northern Iraq on Monday. The attack  killed a civilian contractor and wounded five other people including a U.S. service member, the US Secretary of State Anthony J. Blinken said in a released statement Monday night.

Today’s attack was one of the most deadliest attack to hit U.S.-led forces  for almost a year in Iraq.  Tensions have escalated between U.S. forces, their Iraqi and Kurdish allies on one side and Iran-aligned militias on the other since January 20, 2021.

Blinken further said “We express our condolences to the loved ones of the civilian contractor killed in this attack, and to the innocent Iraqi people and their families who are suffering these ruthless acts of violence.

Blinken said that he has “reached out to Kurdistan Regional Government Prime Minister Masrour Barzani to discuss the incident and to pledge our support for all efforts to investigate and hold accountable those responsible.”

Meanwhile Iraqi President Barham Salih denounced the attack, tweeted saying: “The targeting of Erbil, which inflicted casualties, represents a dangerous escalation and a criminal terrorist act targeting the national efforts to protect the security of the country and the safety of citizens. We have no choice but to firmly strengthen our efforts to root out the forces of terror and the attempts to plunge the country into chaos. It is a state and sovereignty battle against terrorism and outlaws.”