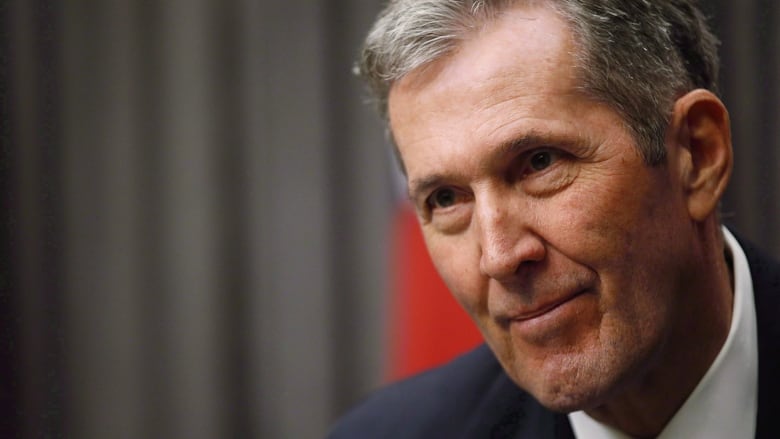 CANADA (February 11, 2021)—today Manitoba has made a deal to buy two million doses of a Canadian-made COVID-19 vaccine on the condition it gets approved for use in Canada and is delivered by the end of the year.

The province has reached a preliminary agreement to buy a vaccine under development by Canadian biotechnology company Providence Therapeutics, which has just started to put its product through human clinical trials, Premier Brian Pallister said at a news conference on Thursday.

Pallister called the availability of vaccines from the federal government to Manitoba the province’s, “No. 1 limiting factor” in immunizing its population.

“We can’t do our job if the federal government isn’t doing its job,” Pallister said.

Providence’s product is an mRNA vaccine, similar to the Moderna and Pfizer-BioNTech coronavirus shots already being administered across Canada.

The company has purchased a 20,000-square-foot site in Calgary to produce the vaccine, which still must pass through a series of regulatory hoops before it’s approved for use in Canada.

This would be the first time a province directly buys a COVID-19 vaccine. Ottawa assumed responsibility for vaccine purchasing and made deals to buy the Pfizer-BioNTech and Moderna vaccines already in distribution across Canada.

‘The door was slammed in our face repeatedly’

Pallister is among the provincial leaders who criticized the federal government for the move, arguing the provinces were shut out of the decision-making process and left without adequate vaccine supplies.

“The federal government took away our right to buy vaccines by placing blocks on our ability to do that. We’ve been knocking on doors for months now. And the fact of the matter is health care is a constitutional responsibility of the provinces,” he said.

Canada lags behind dozens of nations in terms of the proportion of the population that has received doses of a COVID-19 vaccine. The federal Conservative party, among other critics, has blamed the Trudeau government for moving slowly and failing to foster domestic vaccine-production capacity.

Canada lacks the capacity to manufacture the millions of doses of coronavirus vaccines needed to immunize people outside of a clinical trial setting. It’s why the federal government struck deals with Pfizer-BioNTech and Moderna — both manufactured abroad — to obtain the vaccines now being rolled out across the country.

The federal government has said it expects all Canadians who want to be vaccinated will be immunized by the end of September. Pallister said Manitoba striking a deal to secure made-in-Canada vaccines is a kind of insurance policy to make sure that timeline is met.

Providence began the first phase of human trials in January, when it gave shots to 60 adult volunteers at a clinical trial site in Toronto.

To date, Manitoba has received 66,090 doses of the Moderna and Pfizer-BioNTech vaccines. Larger quantities of these vaccines are supposed to flow to the province in April.

It is unclear why Manitoba is purchasing the Providence vaccine, which would not be slated to be ready for distribution until later in the year, if it is approved.

Manitoba’s agreement with Providence will ensure the province receives the first 200,000 doses as soon as the vaccine is approved for sale in Canada, the province said in a news release. That agreement also includes a best-price guarantee that won’t be higher than any other government receives.

The plan is for the vaccine to be bottled by Emergent BioSolutions at its manufacturing site in Winnipeg, according to the release.

As of Wednesday, Manitoba had given 50,554 COVID-19 vaccines to people in the province, Manitoba’s online dashboard says.

That update brought the percentage of Manitobans over 18 who are fully immunized to 1.5 per cent.